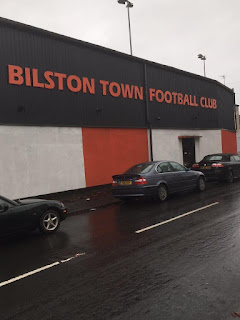 We spend the evening in the Cock, in Wivelsfield Green, Sussex. I sink a few pints from the Harvey's Brewery stable and remarkably win a few games of pool. It's an early start and long journey back to Nottingham on Sunday morning, that's only broken by a Burger King breakfast at Newport Pagnell services.

On arrival back home, I notice a cork from a 'vintage' bottle of Rioja, I bagged from Morrisons in Netherfield, has somehow fallen out of the bottle, that was sat on the mantelpiece and ended up on the carpet. I seal the area off and call in the lads from Heartbeat to carry out forensics - they'll soon have this case mopped up. There are a few green and yellow feathers scattered around the room, no obvious clues folks. Murphy the budgie is pulled in for questioning, as it appears there has been no forced entry. Those bungling fools at Aidensfield Police Station release him without charge.

I'm up in Warrington on Tuesday evening, dining out with colleagues in the hotel restaurant. I check my phone to find that 'The Lincoln' are 3-0 up in a pea-souper fog against crisis club Oldham Athletic in the FA Cup second round. The visitors claw back two late goals, leaving a trembling Sticky Palms biting on his fingernails through six minutes of added time. Ms Moon and I are booked in for the third round tie at Ipswich Town's Portman Road ground. 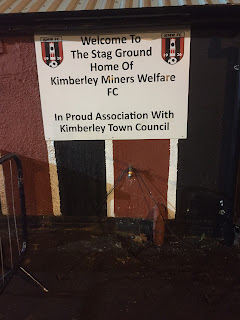 Wednesday evening is spent at The Stag Ground as Kimberley Miners' Welfare and Awsworth Villa lock horns in the Notts Senior Cup. I love it up here. I meet up with my good pal Johnny Buttery as well as bumping into 'Hobbo' 'Swifty', Danny Staley and John Harris. In front of an impressive 153 crowd, Kimberley earn local bragging rights with a 2-0 win.

I catch the fag end of the first day of the 4th Test between India and England in the Wankhede Stadium, Mumbai. England have drafted in 24-year-old batsman, Keaton Jennings from Durham. He's clonked India for a ton, but I don't know much about him. It's hardly a surprise to find he is once again another South African player that 'we' have fast-tracked through the system. His parents were proudly watching from their Mauritius holiday home when the boy was on 96 not out. An untimely power cut sadly saw them miss out on seeing his debut Test century.

I knock off from work and dash into town on Friday tea-time. I zip around town shopping for presents before calling by 'the Kilpin.' I sink three pints of Kilpin whilst enjoying random tunes on the iPod shuffle such as Dead Souls by Joy Division. 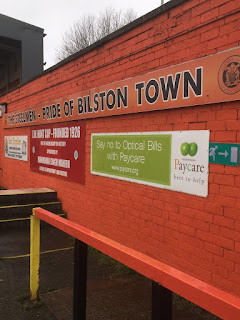 Ms Moon and her close friend Jill, have already sunk a bottle of prosecco on my return. They head off out into West Bridgford as Murphy and I curl up on the sofa watching a boring Brighton and Leeds game. I eventually switch the tosh off, placing on my headphones, listening to New Order's double album 'Substance.'

The good lady comes crashing through the door at one bells. I tried to stay awake in case she was attacked with a Cappucino, as West Bridgford is the coffee capital of Notts, or half a shandy if the Plumtree CC lads were on their Christmas outing. There's been a schoolgirl error on Ms Moon's behalf, of no snap before the session. A double cheeseburger won't be enough to save the day. I always have a 'Georgie Best Undercoat' (a pint of milk) before venturing out. 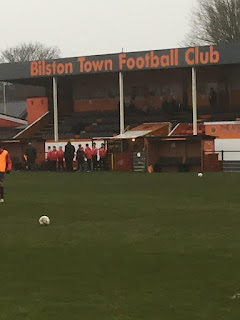 A deathly white, bleary-eyed Ms Moon, struggles her way through another gripping episode of Heartbeat on ITV Encore on Saturday morning. Greengrass has got himself into a right old 'two an eight' again. Aidensfield are set to play Whitby Cricket Club in an annual charity game. Claude has offered even money on Whitby winning, everyone is piling in, including the Aidensfield team. PC Ventress bowls a pile of poo as Whitby win off the last ball, leaving a disgruntled Greengrass paying out a bundle full of tenners in the local boozer.

I manage to knock up a chilli con carne in the kitchen, whilst listening to Fighting Talk on Five Live. Justin Moorhouse is asked about today's clash between MK Dons and AFC Wimbledon. He refers to it as a neighbourly dispute about an overgrown hedge. I've had to tell Murphy the budgie that Brian Matthew is convalescing down in the seaside resort of Eastbourne, in Sussex, and won't be back on his show on Radio 2 until next week, at the earliest. 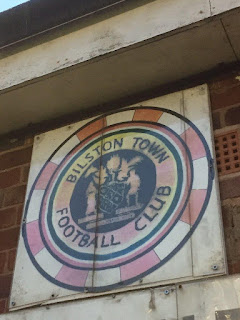 The clouds begin to darken as we head towards the Black Country. Paul Gambacinni is spinning the discs from 1981 - it was a pretty awful year chart wise. I treat Ms Moon to a high-pitched version of 'Body Talk' from Leee John and Imagination - it nearly shatters the windscreen.

It's tipping it down with rain as I exit the car outside the ground leaving Ms Moon to shoot off down the road to fill up with petrol. It's a fiver on the gate and £1 for the programme of the season. I take a wander around the ground before bumping into Chairman Graham Hodson and Vice-Chairperson Denise Frankham. I'm made so welcome, taken into the hospitality area and given a tour of the ground - what lovely, genuine people they are. 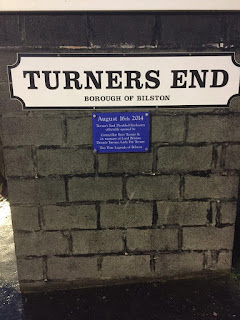 Ms Moon joins me in the main stand as the rain continues to pour from the darkening clouds. It's a local derby as the Landlords take on the Tenants in this West Midlands Regional League game.

Bilston is a town near to Wolverhampton with a population of 25,000, which was extensively developed for factories and coal mining. The local steelworks were closed in 1979 with 2,000 job losses, having been in production for 199 years. Bilston Town FC were founded in 1894 and play at Queen Street in the town. It was reported by the BBC in 2006 that the ground had been vandalised 120 times in six years. 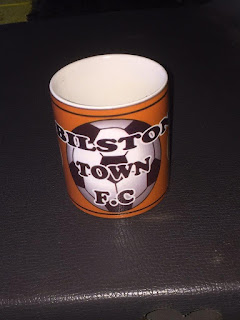 Notable people born in Bilston include: the actor James Fleet, the bumbling 'Tom' in Four Weddings and a Funeral and also in the Vicar of Dibley, Slade drummer, Don Powell and Bert 'The Cat' Williams, MBE, Wolves and England 'keeper, who has a local sports centre named after him.

The teams emerge from the tunnel to 'Thunderstruck' by AC/DC - it's totally random.There is a minute's silence in memory of Lisa Skidmore, a local District Nurse, who was murdered last week, just a few streets away from the ground. A former player, Mel Ball, has also recently passed away. 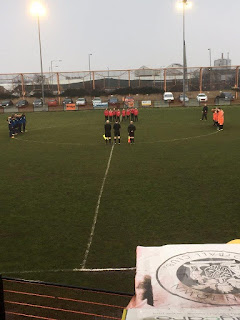 The visitors come out the traps quick, looking up for it. Their star man Chad Birch puts them 1-0 up on six minutes. Player-manager Mark Habbershaw doubles their lead with a 40-yard Exocet missile of a shot. They even manage to fluff a penalty before the Steelmen reduce arrears with a header from a free-kick. I have to check in the programme that the linesman on our side is not Mr S Wonder as he raises his flag more times in the first half than the French army in the Second World War. Even the referee's assessor sat behind me is having a good old moan.

The game ebbs and flows in the second period. The visitors are reduced to ten men after a sub is shown a straight Red after a two-footed lunge. The sides are even in numbers, moments later, after a 20 man melee results in three more players being sent for an early bath.

I'm willing on the home team for a deserved equaliser that just won't come their way. What a tremendous day out, all for £5.

Man of the Match: Chad Birch
Posted by Sticky at 7:32 PM