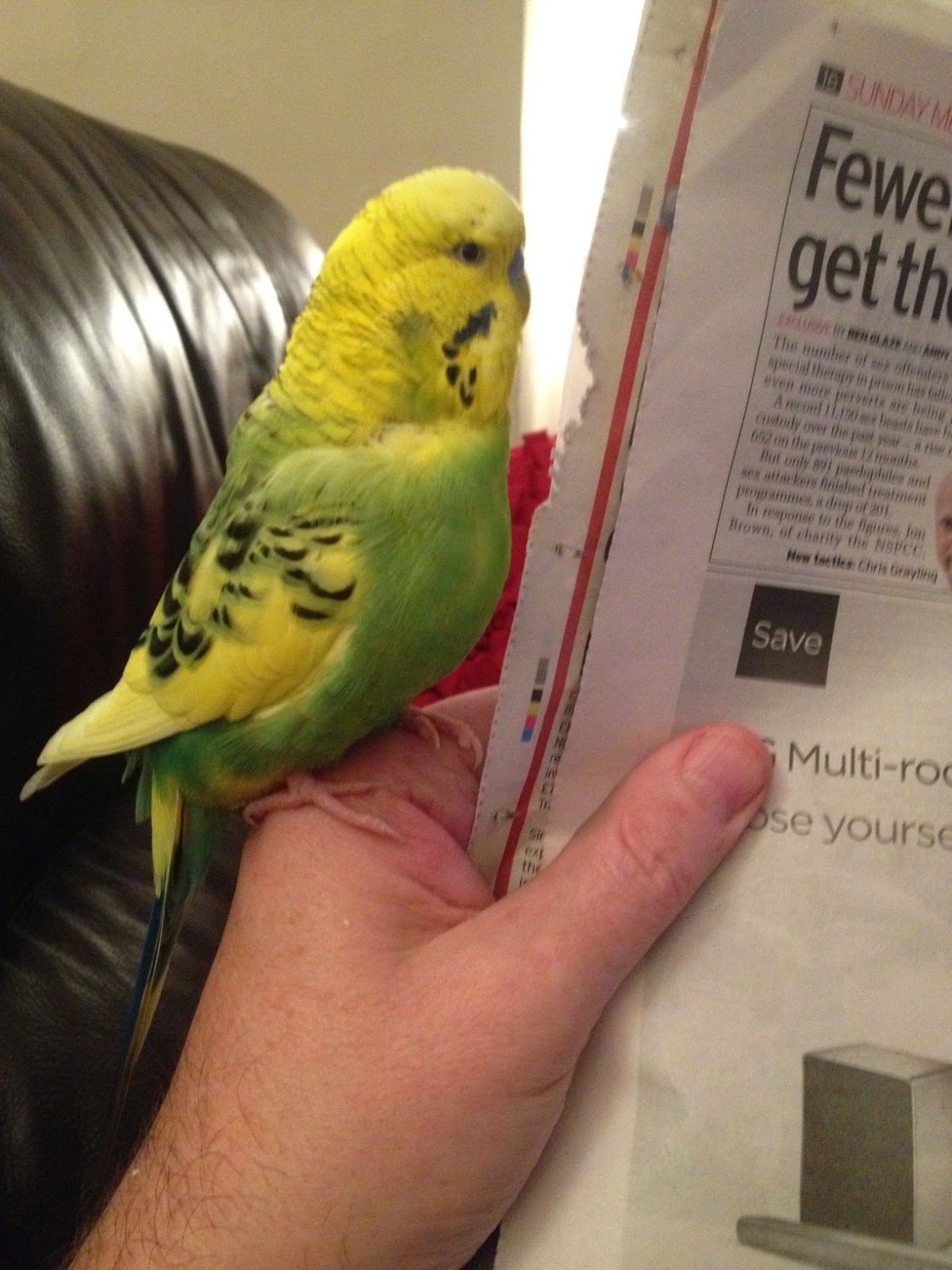 Mrs P is on one of those girly spa day thingys out at Kettering in Northamptonshire. Murphy the budgie and I are chuckling away like Muttley off Wacky Races that a Take That tribute band and an overnight stay are part of the package deal. It's a proper boys' night in. First port of call is a catch-up with 'The Zuffler' at the Ruddington Arms. We chew the crud over a pint of golden ale, before I call in at the award-winning Plumtrees Fish Bar on Nottingham Road in Keyworth for a large piece of haddock.

Murphy loves pecking at the batter. He'll never reach the average age of a budgie with some of the crap I feed him. He'll have the same cholesterol as the world's fattest man - Daniel Lambert, who died in 1809 at a pub in Stamford. He was that fat they had to knock the wall out because the undertakers couldn't get him through the door.

Murphy is spitting out his batter bits and I'm choking on my wine as we watch our first 0-0 of the season between Cambridge United and the overrated Louis Van Gaal's Manchester United. I wish LVG would sort his 'syrup' out; he could do with a good old short back 'n sides. Ted the barber at City Gents on Queen St, Nottingham, would have sorted him out back in the day. We're up with the larks on Saturday morning. 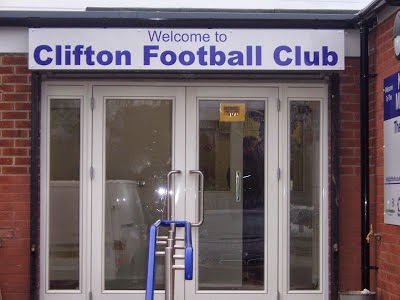 'The Skipper' is playing his first game since God knows when. We drop in at a garage in Ruddington. I fill up with petrol, while he refuels with a Subway breakfast. He jumps out the car at the world famous Clifton All-Whites FC, a breeding ground for talented footballers. I head off back to Keyworth and drop into the Village Bistro where I demolish a full English breakfast accompanied with an Americano.

Clifton are coasting when I return back to their Green Lane ground. 'The Skipper' bags a beauty in front of his Dad, with a clever give 'n go. I'm stood with legendary First Team manager James 'Tosh' Turner. He receives more voicemails than News International and makes Harry Redknapp look like a mug on Transfer Deadline Day. The screen on his phone is smashed to smithereens. It's been lost more times than Mark Thatcher.

'The Skipper' enjoys a celebratory refreshment and a tray of chips, before we return to base. Sticky jnr is unsure of a starting place for the Stiffs, as he's not fully recovered from a knock he picked up the other week. I'm not giving up an afternoon to watch him park his arse on the subs' bench.

Tosh has already mentioned that the game of the day is up in inner city Nottingham, one of my favourite haunts, where I used to pick up players for fun when I worked for the Pies. Radford are entertaining League leaders Blaby and Whetstone from Leicester, in the East Midlands Counties League.

It's a bugger to park your car around here. I turn into Selhurst Street off a bustling Radford Road, which is a must-see attraction for those who haven't been before. It's my favourite part of multi-cultural Nottingham. There's Bob Hope of parking my car round here. I'll need a can opener to prise open the 'Rolls Royce' door. I abandon the 'Rolls' on a shady side street off Berridge Road and participate in a spot of jaywalking across Radford Road, minus the baseball cap and headset. 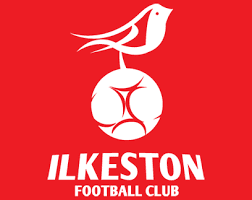 Sought after John King has just put Radford 1-0 up as I squeeze through the turnstile with my four layers of clothing on. I've jumped on the Radford bandwagon as they enjoy a nine game winning run. Confidence is soaring high as young Joe Meakin puts them two to the good with a brilliant dead ball strike. Blaby are all over the show. Their coaches are lost for words and tactics. In fairness they deservedly peg one back before the break.

There's a grandstand finish, with another Meakin bullet, Blaby reply immediately from the kick off. Big Glenn's face is on full beam at the final whistle. The ref has dished out more cards than Clintons, and has sent a player off for Radford. There's not one bad tackle in the game. The referee's assessor is a prized pillock. He spends most of the afternoon joshing with the crowd, instead of keeping his eyes on the game.

It's while I'm flicking through the Non League Paper, after a successful Sunday morning's shopping, where I've bagged a couple of new groundhopping coats, that I notice that Ilkeston are playing host to Blyth Spartans in the Northern Premier League. A quick text reply from The Taxman confirms an ITV free night for Sticky on Monday.

I pick up 'The Taxman' at 7:00pm on the dot. We have a good old moan about our teenage boys on the short journey to Ilkeston. Sticky jnr has been holed up at College for three hours after leaving his keys in the boot of his car and his spare key in the glove compartment. A nice little bill will have to be settled by junior before the locksmith can set to work.

There's a bumper ground this evening (816) following a campaign by a local supermarket to let flag waving kids in for free. Ilson's youth policy is literally paying dividends. Kieran Wallace and Che Adams have signed for young Clough at the Blades, while other youth have been snapped up by QPR, Fleetwood and Chester. 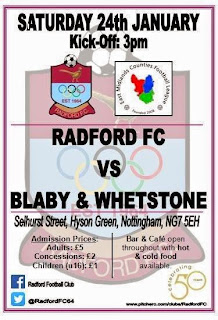 Blyth's wing wizard, Jarret Rivers has been reported to have turned down personal terms with Cambridge Utd. We get a slightly elevated few stood on the concrete steps to the right of the away dugout. The first half is as dull as dishwater. Ilkeston play it route one to the lumbering journeyman Robert Duffy and then pressure the ball to pick up the 'seconds.' Blyth look lethargic and leggy after their 180 mile coach journey from Northumberland.

Neither 'keeper is troubled in a stalemate of a first half. Ilkeston get the ball down and work the channels, after Duffy limps off after being pole-axed by the visiting 'keeper. Substitute Samba scores with almost his first touch. Ilson have further chances to put the game to bed. With the clock ticking in John Motson 'mystery time', Dale curls in a beautifully flighted cross which skims off the head of Steven Turnbull into the roof of the net. Spartans can feel a shade fortunate as they have looked a little off colour tonight.
Posted by Sticky at 8:01 PM

I went to the New Manor on Monday too Sticky and enjoyed the game. Not a great game but still some moments of quality. Very impressed by Dale and Maguire of Blyth who should have led at the break but for some poor final balls.
However, as you noted, once Duffy went off Ilkeston got on top and should have closed the game out. Blyth could 't cope with their pacy front three.
Kevin Wilson looks like he may have unearthed another gem in Uade Obasarie, who looked sharp with an excellent first touch. Ex Arsenal so may have gone off the rails lately but I think the scouts will continue to flock to the New Manor.
My MOTM though was Ilkeston 's Joe Maguire (brother of Hull City's Harry) who at 23 is a senior citizen down there...