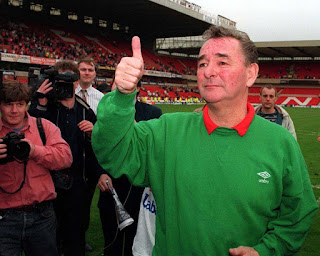 It’s May 1st 1993. Sticky Palms has fielded for 40 overs in baking heat in the village of Aslockton, in south Notts. Ten miles down the road the greatest manager of all-time is counting down the clock, as the final few minutes of his illustrious career ticks away.

Nottingham Forest are about to be relegated from top flight football. Here is an anecdote from the best ever football book written, by Duncan Hamilton, a journalist from my village, which is titled ‘Provided You Don’t Kiss Me.’

‘During his last match in charge, Clough stood straight-backed outside the dugout like a captain determined to be on the bridge when the ship went down. After the final whistle, the crowd spilled on to the pitch. In one photograph, Clough, on the verge of tears, appears in the centre of the passionate thousands who were determined not to let him go. Afterwards, he accepted a flower from a young girl, as distraught as a mourner at a funeral. He looked at her, his head on one side, and said tenderly, 'Hey beauty, no tears today, please.’ 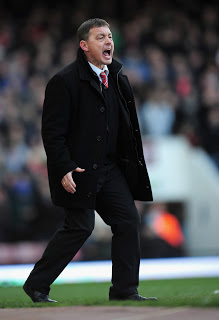 'Can I have a word from you, Brian,’ asked a television interviewer outside the ground. 'Of course,’ said Clough, walking away. 'Goodbye.’

It’s Tuesday evening and I’m sat in the notorious and infamous ‘A’ Block. The Glaswegian, William McIntosh Davies (in real money ‘King Billy’) is back in town. There have been casualties, paths have been crossed and old scores have been settled. The media have a huddle on twitter; two of their own have been shown the door. King Billy refuses to talk to local BBC station ‘Radio Red.’

The Terriers of Huddersfield are up against the Red Dogs of Nottingham It’s one-sided in the first 15 minutes. The visitors bag one; but it really should be two. Ironically, Mark Robins is the newly appointed Huddersfield manager. It was at this very ground in 1990 that he saved Alex Ferguson’s job in an FA Cup tie. 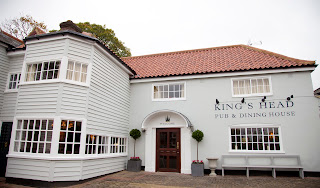 Out of the blue Forest have an half an hour spell of mesmerising champagne football that I haven’t witnessed since the 5-1 mauling of Leicester City back in 2009. It has whetted my appetite. The Charlton tickets have been bagged. We’re off to stop at the Mayor of London’s pad in Putney Heath for the weekend.

I toss a few clothes into an overnight bag. Murphy, my budgie, sheds a few tears; he doesn’t like his Dad being away. White Van Man is revving up the car. We’ve allowed the Friday night rush-hour traffic to die down. We pick up ‘Dafty’ and the ‘Mayor of London, who is on a whistle stop tour of Nottingham. We’re soon roaring down the M1.

It’s just gone 9 pm when we rock up outside the Mayor’s swanky penthouse pad on Putney Heath. We throw our bags in and hit the town; well actually Roehampton and the swish surroundings of the recently refurbished King’s Head. 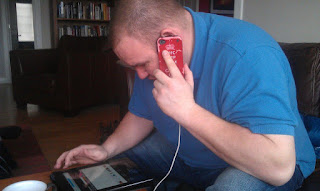 We can’t get a late beer for love or money down Wimbledon village. Much to Sticky’s disgust, we’re charged on the door at Hemmingway’s wine bar. You can’t even shout up a beer. The Mayor orders a bottle of Sauvignon Blanc for £21. It tastes revolting.

I recall New Zealand being 11-3 when I finally hit the sack. I find a twitchy and nervy White Van Man frantically scouring Ticketmaster in the morning. Beyonce tickets are up for grabs at 9 am. I casually ask how much they cost. £95 is the reply. Bloody hell, I could nigh on watch 20 non league games for that price.

We’re striding out towards Putney high street. Destination is a tidy little greasy spoon called Cappuccino. White Van Man falls in love with a rowdy Russian waitress. Egg yolk dribbles down his chin as the Bond girl brings out a production line of fry-ups. Dusty Springfield’s 1966 hit ‘You Don’t Have to Say You Love Me’ adds to the atmosphere. It’s the best £4.95 we’ll spend today. 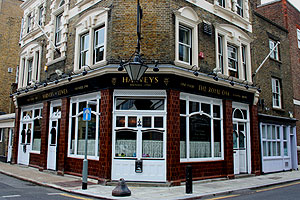 The Mayor queues for train tickets at Putney Station whilst Sticky is accosted by an Irish ticket tout. We alight at London Bridge. Sticky has sorted out a cosy little boozer tucked away in a back street. I ignore the moans and groans of WVM as we pass the soulless chain pub All Bar One.

‘Brownie’ and a few of his pals hook up with us at the Royal Oak, an old-fashioned corner house in the London Bridge Quarter. I enjoy a pint of Harvey’s Kiss. WVM has a face like a smacked arse. The Mayor says he expects Nicholas Lyndhurst to pop in from the BBC series ‘Goodnight Sweetheart.’

We’re soon back on the overhead line and pulling into Charlton. Sticky jnr (my lad) has already tipped us the wink on an away supporters pub. A friendly policeman points us in the right direction. Young junior has been on the sauce; he fleeces ‘Hopper’ for a tenner and gets his mates a round in. 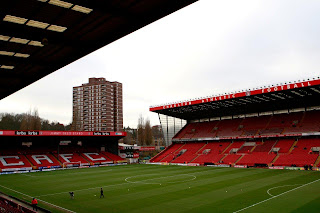 We guzzle a few 1664s and watch Jonathan Walters do what he does best. He fluffs a penalty and in general is ‘Having a Walters.’ Sticky jnr and his muppet mates lead the chanting as we amble down Valley Grove.

Charlton is a district in south-east London and part of the Borough of Greenwich. Charlton Athletic were founded in 1905 and are nicknamed the Addicks. Record goal-scorer is Derek Hales, who in 1979 was sensationally sent off for a punch-up along with his own team-mate, Mike Flanagan, by referee Brian Martin, who lived in my village. 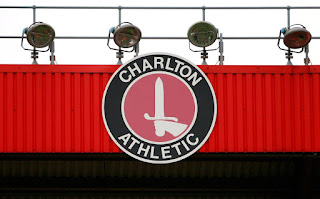 It’s £30 for my ticket and £3 for a 60 page programme. We’ve a prime spot in the South Stand. The Charlton DJ ups the stakes with ‘London’s Calling’ by The Clash and ‘Can’t Stand Me Now’ by The Libertines featuring ex QPR programme seller Pete Doherty.

It’s an impressive stadium that has kept its looks despite the Club’s fall from grace. A huge block of high-rise flats is situated in the corner of the ground. I like Charlton Athletic. They once bought a couple of good uns from my old team – Lincoln City – Steve Thompson and George Shipley were bargain buys.

The teams walk out onto the ugly-looking playing surface. The travelling support has swelled to 3000. They salute King Billy, who is bursting with pride. It’s all Forest from the word go. It’s a return to the diamond formation that was so successful in the Paul Hart era. Ironically, Hart watches from the stands as Charlton’s Academy Director. 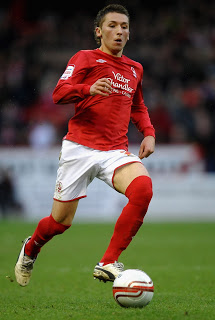 For all Forest’s possession they barely fashion a chance in the opening quarter. The game-changer happens on 35 minutes. Greg Halford outmuscles Yan Kermogant and ushers the ball out of play. The Frenchman has a Cantona-like moment of madness, kicking out at the Forest defender. After consulting with his assistant referee Madley waves a red card.

Forest have the momentum and turn on the style. Charlton can’t cope with their ex skipper Andy Reid. His give and go’s, marauding runs and defence-splitting passing are worth the £30 alone. He plays in ‘The Pole’ Raddy Majewski, who stays on his feet and toe pokes the ball home. The Tricky Trees are rampant and the second one is not long in coming. Simon Cox’s shot from the right is spilt by ‘keeper Hamer, who has had a dreadful afternoon, former Gunner Henri Lansbury blasts home from close range.

The Mayor of London is delirious. He’s backed Raddy and NFFC 2-0 at 115/1. Forest look good for more though. Ward scorpion kicks one onto the post, whilst the impressive Darius Henderson sees an effort thump back off the woodwork.

Johnnie Jackson shows some quality for the Addicks. His set pieces are deadly. He had a spell at the Pies during the Munto era, but soon scarpered home when the money dried up.

The whistle goes, the Mayor’s bet has come up trumps. We sink a few more pints at a pub down the road. We’re late for the train and sprint down the steps. Some Charlton fans tease us from above a bridge I engage in banter but fall spectacularly like Devon Loch in the Grand National. Charlton station is filled with laughter. I bury my head in my hands and sit sheepishly on the train. I can’t arf pick em!

Man of the Match: Andy Reid

Always liked Forest, Brian Clough was a great football character. Must admit as a Charlton season ticket holder you were by far the best footballing side seen at the Valley this season. did that great footballer Duncan McKenzie start out with you. Good luck for promotion this season. Anyone with Andy Reid deserves to go up!