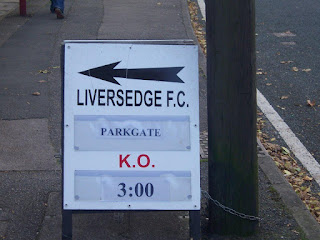 It’s January 5th 2002. Ten of us are holed-up in a back street boozer about 20 minutes away from Sheffield United’s Bramall Lane ground. The pub doors suddenly burst open and in march the notorious South Yorkshire Police Force. We’re told to sup up and leave. We’re frog-marched to the ground.

I’m livid, raging. We stop at another hostelry, where more Forest fans are turfed out onto the streets. I’m giving a copper on horse-back a hard time. I question their motives and reasons for this aggressive behaviour. “Have any lessons been learnt from Hillsborough?” I enquire.

The idiot is not interested with anything I have to say. The game is awful; Paul Hart’s team fail to put a shift in. We have a restricted view; it’s probably for the best. Forest are dumped out of the FA Cup. Oh well, at least we’ll get an escort back to the train station by the boys in blue. 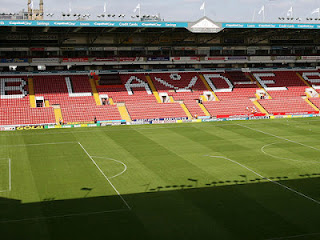 There’s not a copper in sight. We’re left to fend for ourselves. All the Blades’ ‘spotters’ are out in force. It’s an intimidating trawl across wasteland and through a subway. We’re greeted by 30 or 40 riot police at the railway station entrance. Helmets hide their faces; their batons are raised, shields are at the ready. “Do you think I’m going to bash you on the head with my programme?”

I’m still fuming as I down a few more pints in Fellows, Morton and Clayton, on Canal Street in Nottingham, before jumping on a Barton’s bus back home. Mrs P asks if I’ve had a nice time, as I boot up the desktop computer in our hallway. “Not particularly love”, as I Google the South Yorkshire Police.

I send a ranting email in my drunken stupor. “No wonder it took you 8 years to catch the Yorkshire Ripper” was one of the lines I recall. I mention the Hillsborough Disaster and the Miners’ Strike before hitting the ‘send’ button. 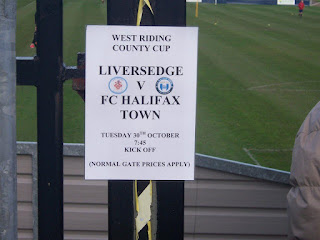 I wake up at 3am in a fever-type sweat. I’m waiting for the inevitable knock at the door from Plod. I re-read the email. Oooh heck readers, I could be in trouble here. The following day Cardiff and Leeds fans clash at Ninian Park. On the Monday I receive a three page reply from the Matchday Inspector of South Yorks Police. He apologises for their heavy-handed tactics and then quotes events from the Cardiff game the day before. Phew, it’s a close shave. At least they had the courtesy to reply.

I think of that day as I drive passed the ‘Steel City’ on my way to Liversedge FC. I’ve spent the morning with Mrs P in ‘Bread and Lard Island’ – West Bridgford. We nip into the travel agents to pick up some holiday brochures. Mrs P fancies a dabble at a Greek Island, Sticky prefers mainland Spain. It’s looking like Puerto Pollensa in Majorca folks.

I flick my way through the Backpass football magazine, in Central News, whilst Mrs P picks up a couple of birthday cards. Brian Clough’s son owns the shop. He is a very polite young man. ‘Cloughie’ often used to serve behind the counter. There’s time for a quick Americano at the snug Copper cafe bar, before hitting the M1 North. 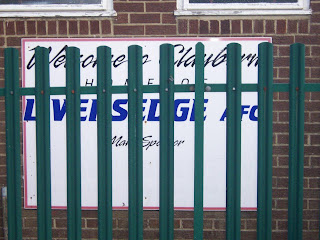 Danny Baker has just finished his radio show. He plugged his book ‘Going to Sea in a Sieve’ last night on the One Show. Britain’s first Million pound footballer, Trevor Francis, was the guest on his ‘Sausage Sandwich Game’ this morning.

Sat Nav takes me down the M62 off Junction 42, when AA route planner had indicated that Junction 40 was an alternative route. I had earmarked the Gray Ox at Hartshead, but plump instead for the New Pack Horse in Cleckheaton.

Smooth FM is being piped through the flat screen TV as I order a pint of Saltaire Blonde with a Cajun chicken sandwich for company. The barmaid is chatty; I’m pretty much the only customer in this recently refurbished pub. McFadden & Whitehead and Chaka Khan ensure an early exit for The Groundhopper. 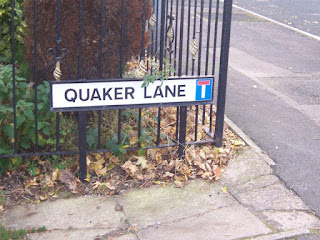 Liversedge’s Quaker Lane ground is a ¼ mile down the road. Cleckheaton is an old mill town in the Metropolitan Borough of Kirklees, with a population of 15,000. In 1903 Lion Confectionary made a fruit sweet called the Midget Gem. When I was a kid I used to buy a 1/4lb bag of them every Saturday from my local sweet shop, before watching Noel Edmonds on Multi-Coloured Swap Shop.

I squeeze the car down a tight private road and park up in the ground. I can hear Carly Simon’s ‘Nobody Does it Better’ on the Clayborn sound system as I part with £5 entrance fee and £1.50 for a programme. 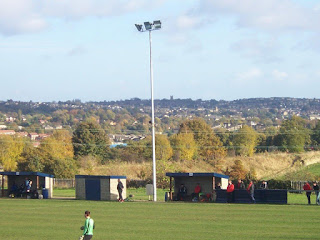 The ground is a belter. Uwdi Krugg, from my favourite ever football blog, Where’s the Tea Hut, tipped me the wink on this one. The clubhouse is perched on top of a bank to the left of the nearest goal. The Stuart Silverwood Stand runs along one side of the ground. The far end is open. On the opposite touchline are the dugouts. A brick-built terrace with a wooden roof is behind the nearest goal.

I take a seat on one of the many benches situated near the changing rooms and look out at the sweeping views of Dewsbury in the distance. My oh my, what a ground we have here. It goes straight into the top ten.

The cotton wool coloured clouds and biting wind are replaced with glorious blue skies and bright sunshine as these two mid-table sides emerge from the dressing rooms. The pitch looks a tad heavy. Liversedge and Heanor Town played out a thrilling 4-4 draw last Tuesday evening. 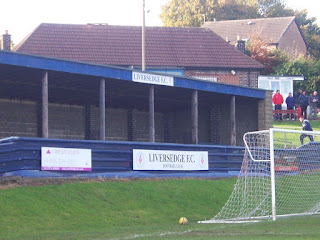 The visitors have a couple of plodders up top; they’re more like Grand National runners than 6 furlong sprinters. Both can hold the ball up though. On 11 minutes Outram is played in on the right hand side, he makes no mistake, to put the visitors one to the good.

I grab a cup of coffee (£1) from the ‘Half Timers’ tea hut. The mushy peas and mint sauce is very tempting. A chocolate-coloured Labrador is on his tod in the queue. He’s licking his lips and eyeing up the hot dogs. His sad eyes secure a free sausage. Two bites and its gone.

On the half hour Liversedge restore parity. Left back James Rothel drives forward and strikes a shot which bounces awkwardly in front of the ‘keeper who can only watch the ball loop up over him and into the net. It doesn’t help matters that he’s chosen not to don a cap, with the sun shining directly into his eyes. 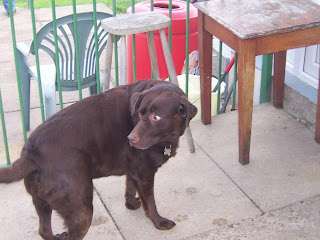 Players from both sides are dropping like flies; I thought they were as hard as nails up here. There are a few stoppages and enforced substitutions.

I’m cheered up by a joke from The Comedian at the break. “I woke up with a big smile on my face this morning, thanks to my girlfriend. She just loves those felt tips I bought her.”

I check the latest scores and note that former Tricky Tree, Marlon Harewood, has bagged for Barnsley just down the road against his old employers. Forest are 3-1 up.

The second half is awful, with neither side looking like gaining an advantage. One thing that the Liversedge players are brilliant at, though, is swearing, and so are their management team. The referee receives dog’s abuse. He’s called “an embarrassment”, “a joke” and “a disgrace.” It transmits to the players.

There’s a flurry of yellow cards. The management are fortunate not to be sent to the stands. Their behaviour is unnecessary and unacceptable.

Man of the Match: The Labrador
Posted by Sticky at 8:45 AM