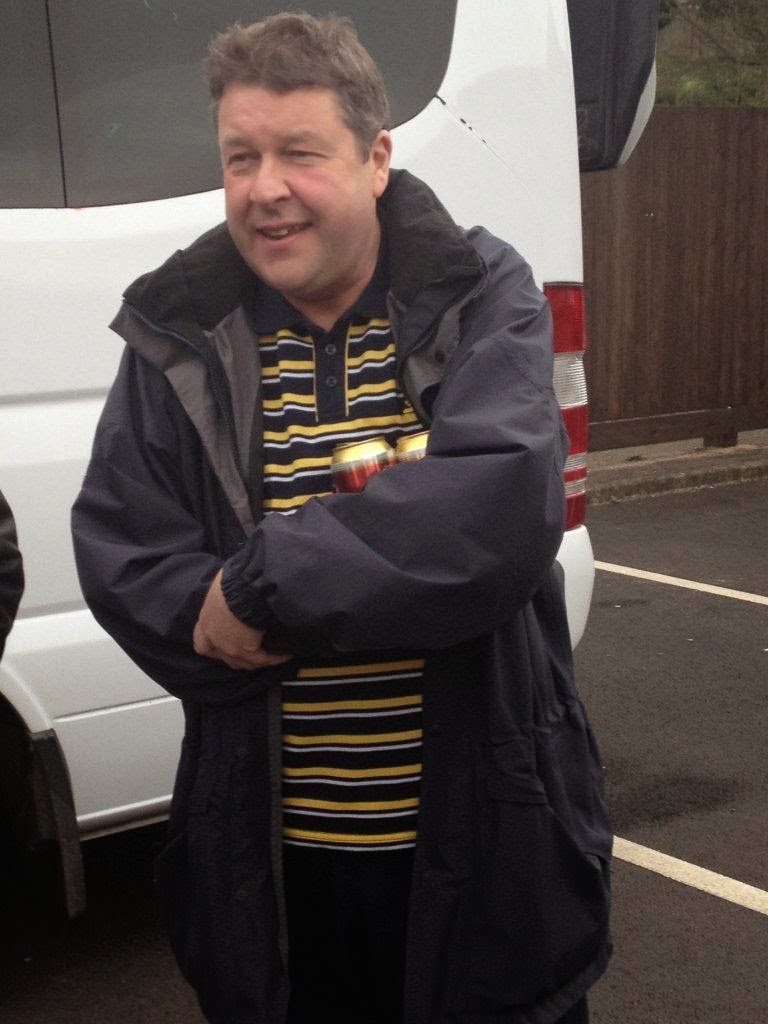 It's 8:45 on a Saturday morning. I'm stood chinwagging to White Van Man in the Keyworth Tavern car park. A ruddy-faced gentleman emerges from a car. He's wearing a navy blue Berghaus coat, a blue and yellow-striped polo shirt and tracksuit bottoms. Tucked under his arm are four cans of Tanglefoot ale from the Badger Brewery. He's probably already necked a can of McEwans and had pate on toast for breakfast.

The chap's name is Trumpy Bolton. He has dominated the pages of this blog for over six years. Today is his stag weekend. We're off to Hull, via Goole, final destination: Rotterdam. The banter is flying about on the mini bus, as Brian Matthew's Sound of the 60s show on Radio 2 is piped out the speakers. I'm already pining for Murphy the budgie. We're seldom apart.

We mull over the morning papers during a breakfast stop at the City and County 'Spoons' in Goole. Everyone has a tip or two for the Grand National. We have the race covered off. Next stop is the port of Hull. Famous Hullensians include: William Wilberforce, Amy Johnson, Sir Tom Courtenay, Maureen Lipman, Paul Heaton of The Housemartins, John Prescott, Dean Windass and Nicky Barmby. 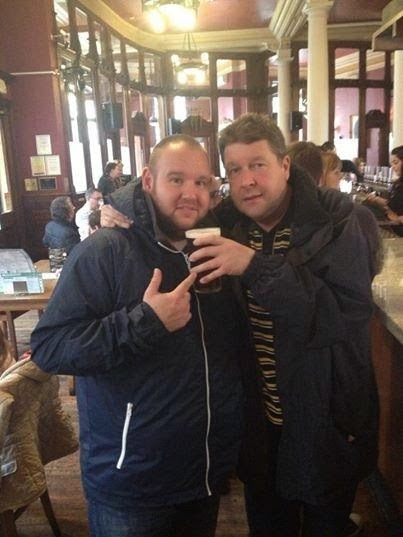 We're holed up in another Wetherspoons. The boys are happy though, racing from Aintree is on the big screen. There's complete and utter silence as Pineau De Re romps home in the National. The pub floor is decorated in ripped up betting slips.

It's carnage on the ferry to Rotterdam. Over 100 Dutch marines mob the casino and main bar area. Little Clem breakdances and spins on his head. A Dutch marine matches him pound for pound. Mr Moonshine, fresh from the National, shows his behind through the stage curtains. Boat security guards whisk our man away to a standing ovation from both the Dutch and English contingent. Thankfully all the kids are in bed.

Eight sore heads make their way to Rotterdam by coach. Big and Little Clem tip up 2 hours later in a rickshaw, having been booted out their cabin by 'our friends' from Security. Highlight of the day is seeing 'White Van Man' forking out out nearly 8 Euros for a vodka. 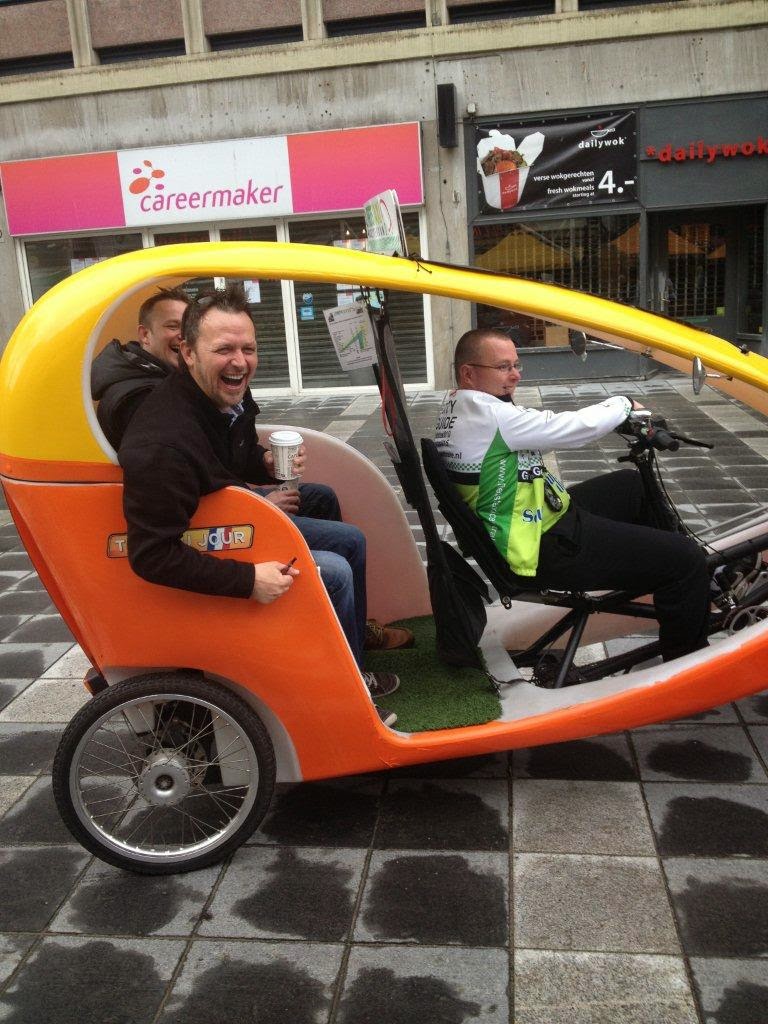 We watch 'The Arsenal' suffer a 3-0 drubbing at Goodison Park in a tidy little Irish Bar in the drinking quarter of the city. The trip home is less eventful but just as enjoyable as Fod and Trumpy come to the party. I retire to my pit at 2:00pm back in Nottingham after a few sherberts enroute home. I'm too old for this.

It's Saturday morning and I'm down on the banks of the River Trent at Dunkirk FC's Lenton Lane ground. 'The Skipper' is refereeing a top of the table junior football game. It's an absolute cracker and has the lot. Unfortunately it ends 0-0. Sticky Palms doesn't do 0-0s. I'm flipping fuming. The last one I saw was Hinckley v Luton in the FA Trophy. Andre Gray skinned the Hatters alive that night. He signed for Luton for £20,000 the following day. He's leading scorer in the Conference Premier. Wonder what he's worth now?

The ride to Lutterworth is a piece of cake.  We exit at Junction 20. Mrs P has nicked the Tom Tom. I've scribbled down a route to a pub called the Grey Goose in the village of Gilmorton. It has a lavish bar and open fire. I grab a sandwich and a pint of San Miguel. 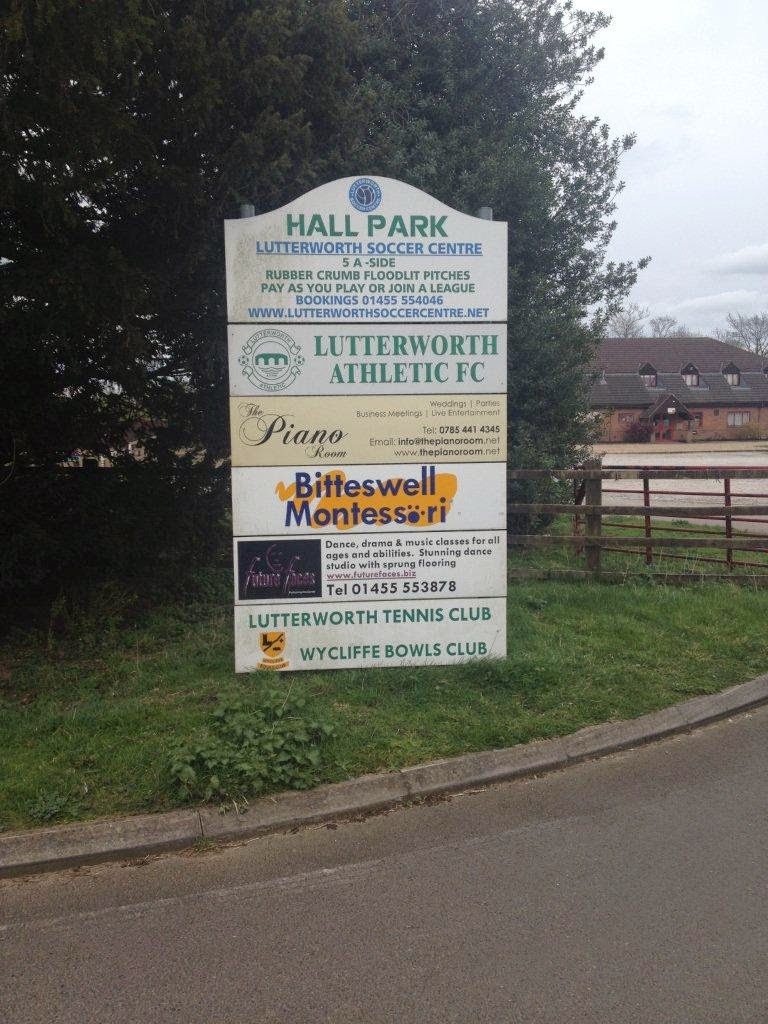 It's a short drive to Lutterworth Athletic's Hall Park complex. Lutterworth is a market town in the Harborough district of Leicestershire, with a population of 8,000. In the days of the stagecoach Lutterworth was a stopping place on the road from Leicester to Oxford and London.

Sir Frank Whittle, the inventor of the jet engine, developed some of the world's first jet engines at the British Thomson Houston works in Lutterworth. The Brightwell brothers, David and Ian, were born in the town.

I can hear Sky's signature tune 'Alive and Kicking' by Simple Minds as I part with £5 on the gate. The programme is £1 and frankly a waste of money. It's a typical out of town ground; soulless and characterless. Although they do have the Mark English Stand on the far side of the ground. The grass could do with cutting too. 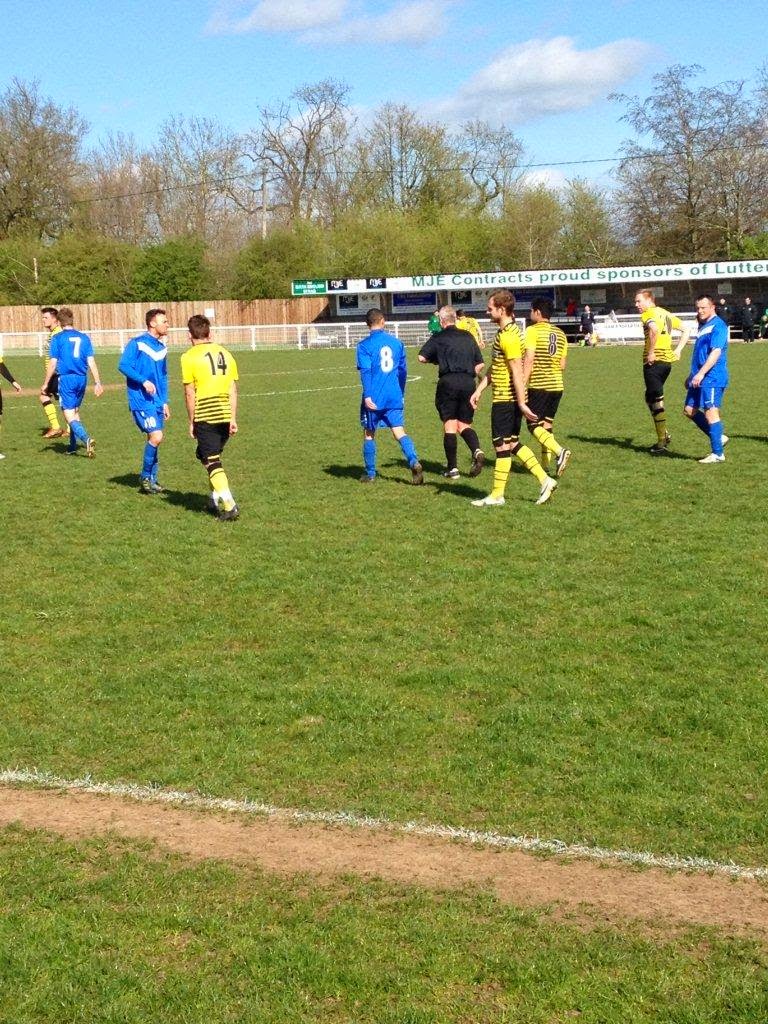 The turnstile operator is on good form though. "I'd have sent you down Costa Coffee in town if I'd know you were going to drink that muck they serve in the Clubhouse." Big Clem sends me a message to see if I'm popping down to the NSL Groundhop Day at Keyworth United. 370 hoppers have rocked up at Platt Lane.

Lutterworth look like they been told to turn up and they'll win. Irchester take the lead early on and look sharp in the final third. To be fair Finley my rabbit and Murphy the budgie could run rings around the 'Atho' back four. Irchester don't look like a side with no wins in 12 games, while you'd be shocked to hear that Lutterworth are in the top three. The visitors take a well deserved 3-1 scoreline into the break with them.

The wind drops leaving cotton wool shaped clouds and blue skies. The visitors fail to put the game to bed as the missed chances stack up. Lutterworth pull one back, leaving Irchester's nerves jangling for the final 20 minutes.