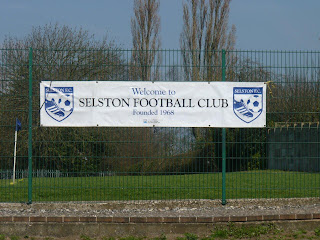 I’m striding across the turf at Arnold Town’s Eagle Valley ground, towards the dressing room. My little team have just conceded a sloppy goal on the stroke of half time in the Nottinghamshire County Cup final. People shout encouragement to me from the stands. I have to choose my words carefully in the changing room.

We’re 2-0 down against a team (Underwood Villa) with a 100% record. No shame in that. We’ve played with nerves and created very little. Two goals have come from sucker punch long throw-ins. My centre-half has fresh-aired a clearance and my ‘keeper has been rooted to his line. I tell them to remember the 99 things they’ve done well and not the one mistake they have made.

I jab each player in the chest and tell them how magnificent they have been for us this season. I shake each players hand as we exit the changing room and wish them good luck. We play a beautiful game in the second period, pinning back our opponents. These boys have never let the club down. Their hearts are massive, as big as a bucket. 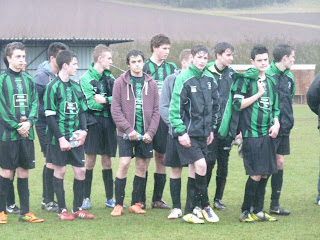 Adam gives us hope with a stunning executed free-kick, ten minutes from time. We pepper their goal, but it’s not to be. The occasion has been fantastic. Not one bad tackle, no bad-mouthing, respect for one another. The referee is outstanding. He congratulates my boys on their behaviour. What a day out we have had.

I settle down on Friday evening to a bottle of Red and the desperately sad tale of flawed footballer Justin Fashanu on my Kindle. Mrs P is watching worst ITV drama in history. It’s called the Ice Cream Girls and composes of a script I could have written in my lunch break.

It’s 9 am on Saturday morning, the console on my mobile is flashing. The team we’re meant to be playing today can’t raise a side I’m not happy; it’s too short notice to whizz down the M1 to watch the final ever game at Barnet’s Underhill ground. It’ll be a sell-out crowd. 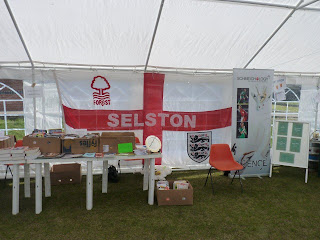 Murphy is whistling his little green and canary head off to ‘Love Cats’ by The Cure, as I gaze out the kitchen window at the clear blue sky and the blossoming Magnolia tree that has finally sprung into life after a month of frosty mornings.

I polish off a raspberry and custard lattice bar and wash it down with an award-winning pot of Yorkshire Tea for one. I glance at the front page of the Nottingham Post, former Tricky Trees defender Wesley Morgan is up in court for a driving misdemeanour.

The Notts Senior League Groundhop began yesterday evening. Five games are to be played in 24 hours. 246 of those carrier bag holding hoppers rolled up at Magdala’s ROKO ground on Friday evening. 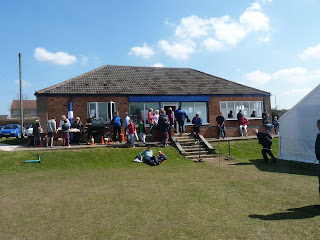 I jump in the Rolls Royce and head up the Nottingham ring road towards the M1. Danny Baker is commenting on Conference North team Hinckley United and there appalling goal difference of minus 99.

An eagle-eyed caller phones in to say his local side Woodford United have a deficit of minus 154. Baker laughs out loud like a madman. I exit at Junction 27 and drive through the village of Underwood, home to the Notts County Cup u15 Champions. There’s a Scarecrow Festival about to start.

I chug along the main drag in Selston, making a right turn at a petrol station before being stopped in my tracks by a couple of officials in high visibility coats. It’s £3 on the gate. I park up between the roped-off cricket square and the football pitch. 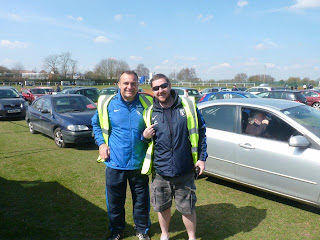 The place is already a hive of activity. There are bloody hoppers all over the place. Mind you Trumpy Bolton would be proud of them, as one or two tuck into a few alcoholic beverages. A special ale has been brewed called ‘Game Over’ to commemorate the Groundhop.

A marquee has been erected, where there are one or two charity stalls. Trestles have been laid out where eager hoppers can snap up badges and old football programmes. It’s not for Sticky, but each to their own. 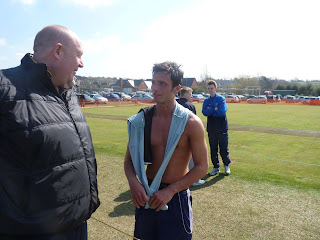 There’s the sound and smell of bacon and sausage sizzling from the kitchen as Sticky shouts up a brew for Big D, who I’ve found milling amongst the NSL dignitaries. I enquire if they use a teapot. “You’re that Sticky bloke aren’t you?” chuckles a lady pouring out the tea. “That’s correct love, I’m Sticky Palms, Non League Tea Inspector, and you’ll be pleased to know that your tea is the best I’ve supped this season.”

The ground is right up there with the NSL greats. There’s a brick-built clubhouse and the covered George Elliot Stand to the far side of the ground. There’s a narrow concrete raised path that takes you around the perimeter of the ground, at the back of the nearest goal. 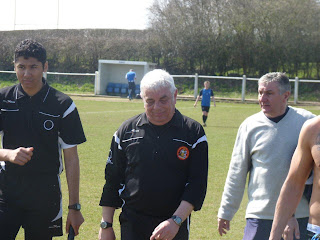 One of Nottinghamshire’s great characters is officiating the game. Cigar-smoking whistler Andy Rolph is Sticky’s favourite ref. Give him grief at your peril. He’s known on the local scene as Mohammed Al Fayed or Tom O’Connor.

The game begins in chaos. Selston give away possession, Wollaton storm forward and thump a shot against the bar following a wonderful save from the impressive Luke Wigley.

All these hoppers are as happy as Larry. They're either cooing and caressing their new badges or clutching hold of that sought after programme from a non league game in 1967. Three or four of them adjacent to us discuss the appalling gun culture in the USA. 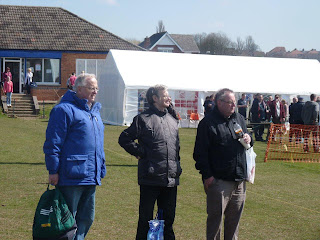 Big D is holding court. He reels off a string of rib-tickling anecdotes. We witness Selston take the lead and also hit the woodwork before taking a position up behind the nearest goal for the second period.

Wollaton come out all guns blazing and equalise through Dane Rawson. Referee Rolph loves being the centre of attention He blows that bloody whistle more than a Bow Street Runner. Player after player is bollocked up hill and down dale. He dishes out more cards than Postman Pat. Former Grantham Town manager Wayne Hallcro receives a yellow one after a tasty challenge as a bit of ‘violence’ creeps into the game.

Former Lincoln United player Richard Ranshaw looks to have wrapped up the game for Wollaton with a rasping drive into the corner of the onion bag. But they have not allowed for what Dick calls ‘Rolphy Time.’ 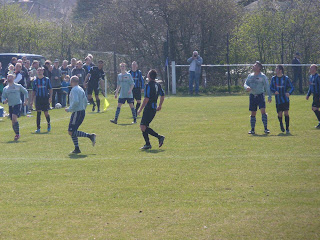 A corner comes in from the right with, seconds remaining ,and is cleared off the line for another corner. Another one is whipped in. It’s like the end of the Benny Hill Show. Stanhope, the visiting keeper is cleaning windows. The home ‘keeper, who has scampered up the pitch at the death, gets a touch on it, the ball falls to Tim Moore who calmly back heels the ball into the back of the net. There isn’t even time for the re-start. What a magnificent end to a brilliant morning’s entertainment.