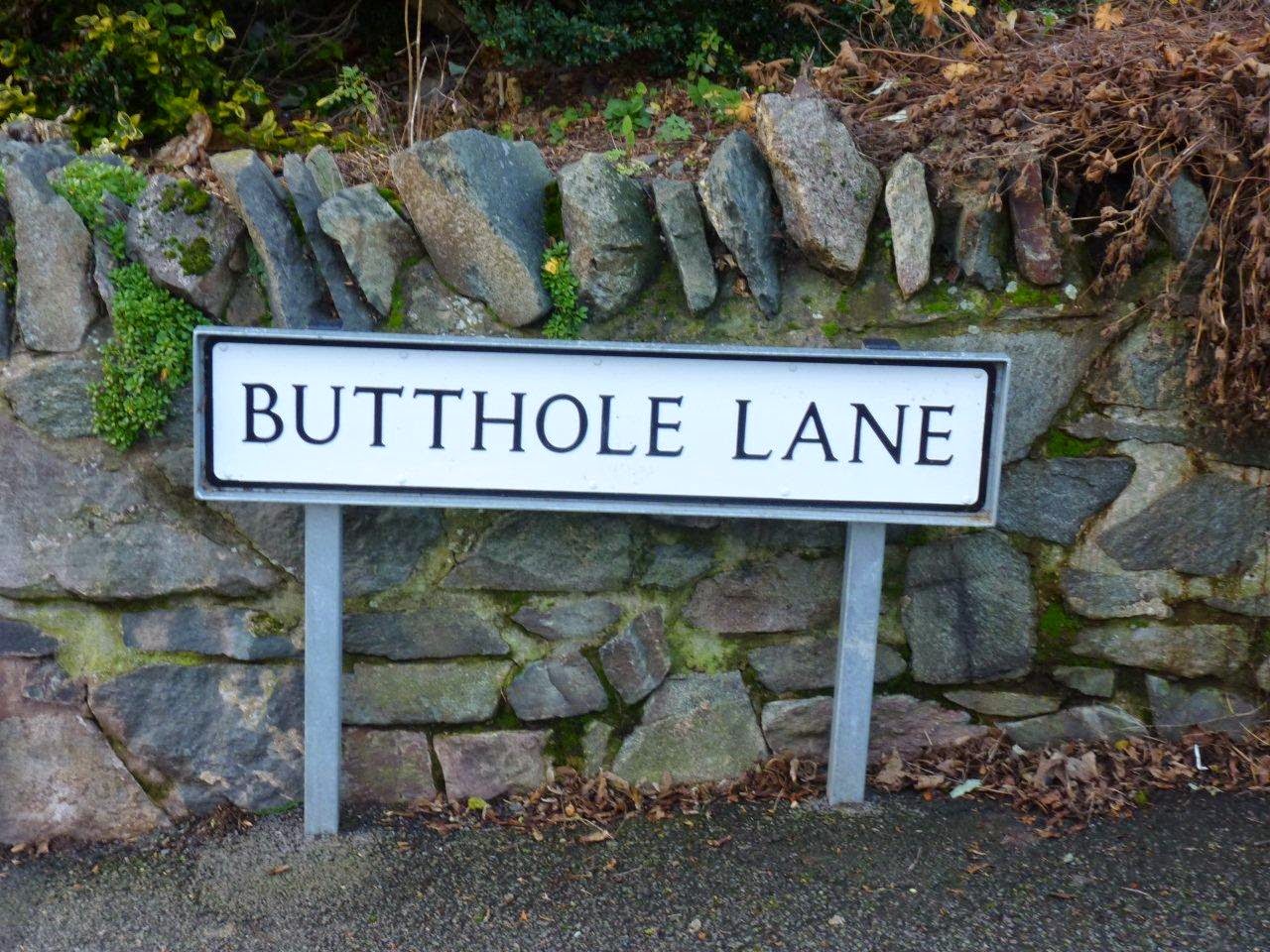 Word has got out in our yard that somebody in our crib has bagged a ticket for Olly Murs at the Nottingham Capital FM Arena. Me and Murphy Palmer the budgie are incandescent with rage. We used to idolise Murs on the X-Factor. Every week Murphy would peck out his number with his beak to keep him in the competition. We even bought straw boater hats and sang 'Troublemaker' in tandem. All we asked from him was a retweet for Non League Day back in September. We heard nothing; Jack diddly squat. If his CD turns up in our house on Christmas Day I will not be held responsible for Murphy's actions. He'll scratch and peck that CD to death.

It's Friday evening and I'm driving up the A60 from Loughborough to Nottingham. I'm buzzing. I had the honour of ringing the sales bell at work today. I swing into the Rancliffe Arms car park in Bunny. I hook up with The Zuffler who I worked with for almost 15 years. We down a pint of Everards Sunbeam and have a catch up. We firm up a visit to Basford United's Greenwich Avenue ground when they entertain the Boatmen of Dunkirk on December 27th. As I walk into the house I'm accosted by 'The Skipper' in the hallway. His best mate plays for the Burton Albion youth team. They are rocking up in our patch tomorrow, to play Notts County out in Arnold.

I drive the back way, down the A46 and onto the A6097. Capital FM has been on the radio for 15 minutes; it's doing my duck in. They only have six records; one of them, by Swedish House Mafia, has been played on this station on every hour of every day since 1898. I'm getting suicidal tendencies. I threaten 'The Skipper' that I'll drive the car off Gunthorpe Bridge and into the River Trent unless he changes radio station. 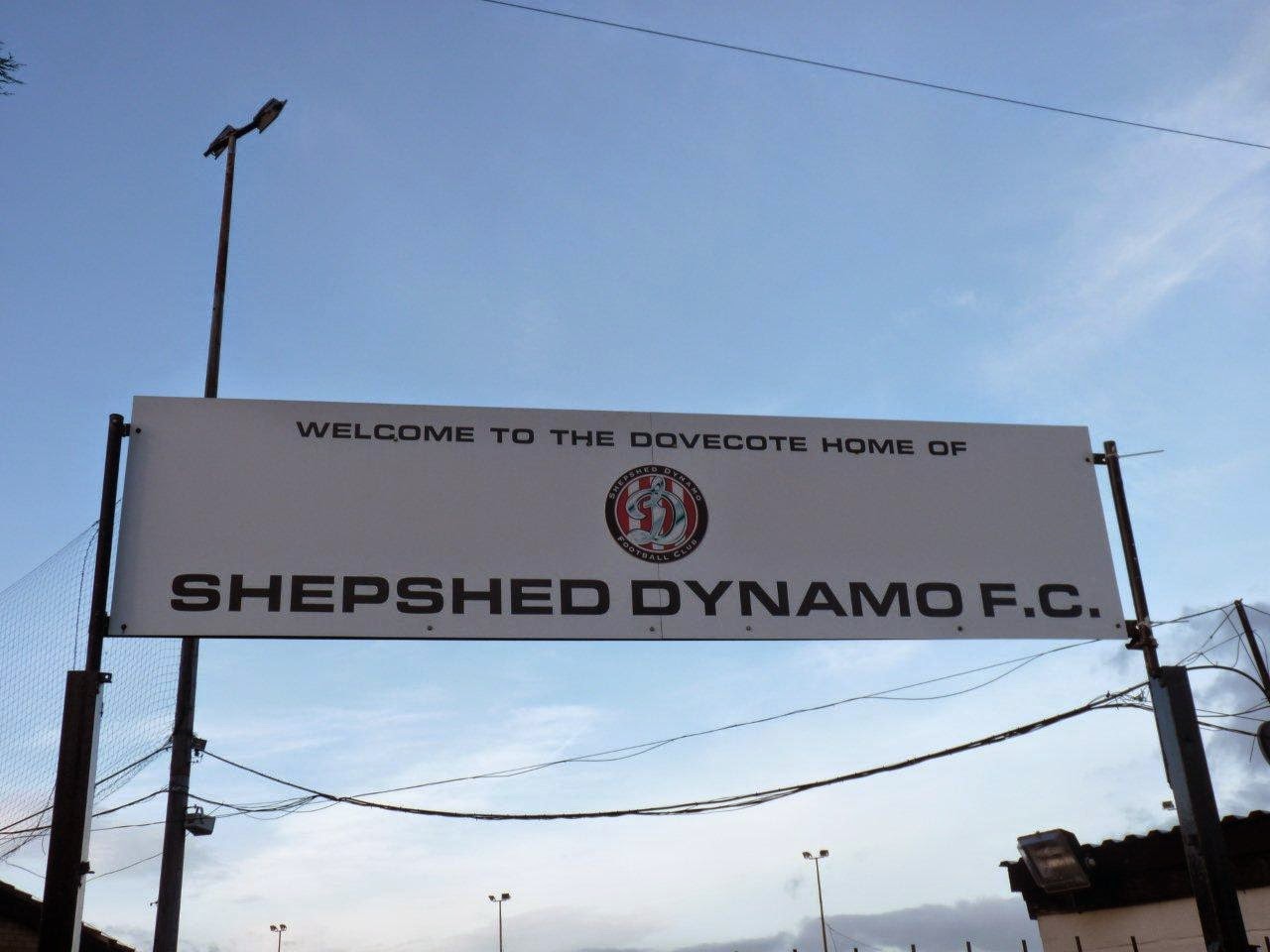 Arnold Town's Eagle Valley ground is full of pot holes and puddles. It's the first time I've viewed Pies youth since I resigned as Head of Talent ID at the Club, a position I held for seven years. We watch a beautiful game of football played in a tremendous spirit. County race into a 2-0 lead, but are pegged back to 2-2 at the break. The winning goal comes early in the second half. I chat to a few players and parents that I've not seen in a while. 'Our' goalkeeper is only 15 and is making his debut. He's already spent a few weeks at Manchester United. Mick Leonard and I spotted this kid kicking-in at a tournament up at Eastwood four years ago.

I was going to watch Clifton All-Whites across at unbeaten Mickleover Royals, but a virus has swept through the Clifton camp. I've got Shepshed up my sleeve as back up. I wolf down a bacon sandwich. Murphy is doing somersaults on his perch; his team Norwich City have equalised at 'The Sheep Dip.' I head up the A60 and turn off towards the village of Hathern, where I once saw a player score a goal from inside his own half. I've got Smoove and Turrell's album 'Broken Toys on the CD player. The Zuffler and I saw them bring the house down at The Donkey on Welford Road in Leicester. 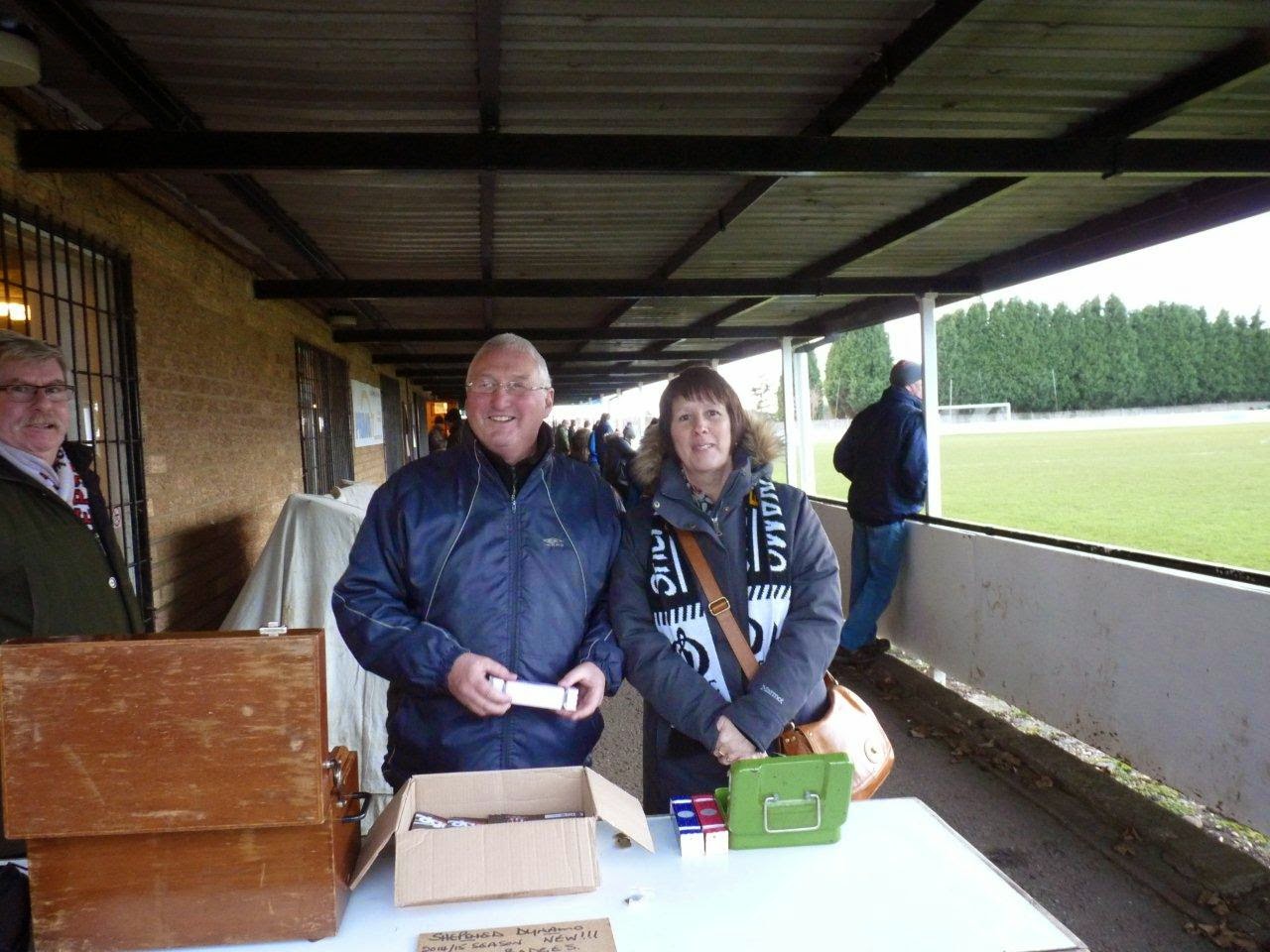 The Rose and Crown in Zouch is snided out with folk; I haven't time for a pint of real ale today. I turn into Butt Hole Lane and park up on a steep hill across the road from The Dovecote. It's £6 on the gate. I'm greeted by 'Van Man Dave' and the lovely Jackie Hughes. We have a little chinwag as I part with a couple of quid for a programme and £1 for a golden goal ticket. Dynamo manager Jeff Stocking is handing out gifts to all the staff - what a great touch this is. Shepshed are certainly one of my favourite clubs. I used to love it when White Van Man and I followed them for a few seasons when Ian Screaton played for the club.

There are a couple of brilliant questions in the programme: Name the Stockport County manager, who having gained promtion in 2008, refused to give an interview to Sky Sports, because of a dispute with the company over his broken Sky box? Who is the only footballer to have appeared on Top of the Pops twice on the same night? Answers at the bottom.

The Shepshed BWA supporters are unfurling their flags on the far side of the ground. They have promised on Twitter a few new songs today. The DJ gets the crowd in a Christmassy mood with songs from Wham and Mariah Carey. 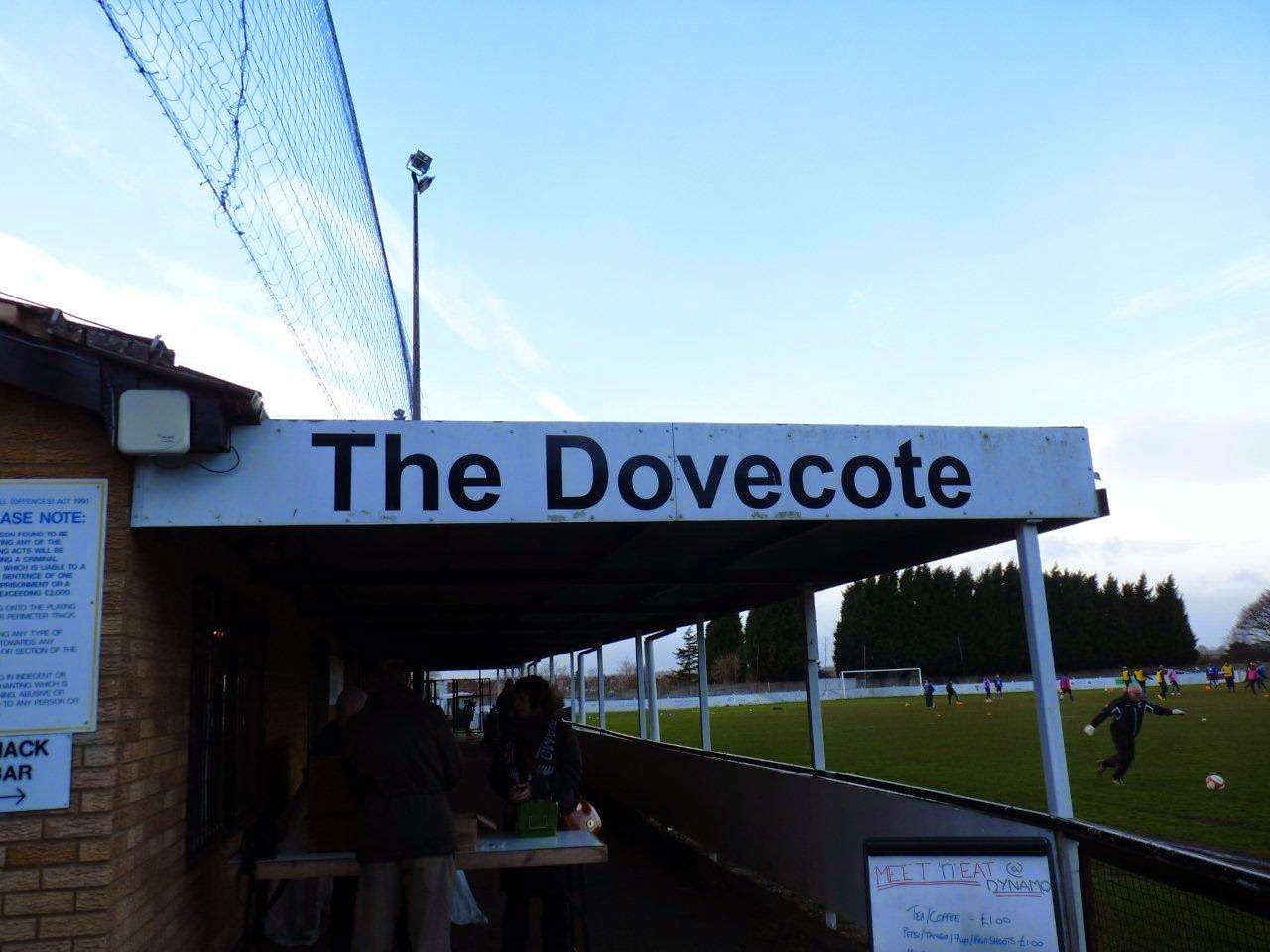 Shepshed begin brightly. Courtney Meade is playing up top for them. Notts County sent me to watch this boy when he was at Oadby Town. He has pace, a good technique and a goal or two in him, but only comes alive when the ball is at his feet.

Dynamo lead 2-1 at the break. The main attraction has been the singing by the Shepshed BWA. Cowell and Walsh are missing a treat here. They'd definitely make 'Judges Houses' with their rendition of 'The Lion Sleeps Tonight' by Tightfit. As for their dancing - 'it's a ten from Len.' I have a quick chat with Shepshed Chairman Mick Sloan and some big friendly guy, whose name escapes me.

The second half is a pleasure. On 16:07 Sticky Palms gets his grubby mitts on the match ball. It's a little game that us Groundhoppers play. Levi Porter is worth the gate money alone. He made 39 appearances for Leicester City. Quite why he has landed at The Dovecote is a mystery to me. He bags a brace in the second half as Dynamo go on the rampage. The Shepshed BWA are in fine form. News filters through that local rivals Quorn are getting battered  6-0. It's greeted with "We hate Quorndon." 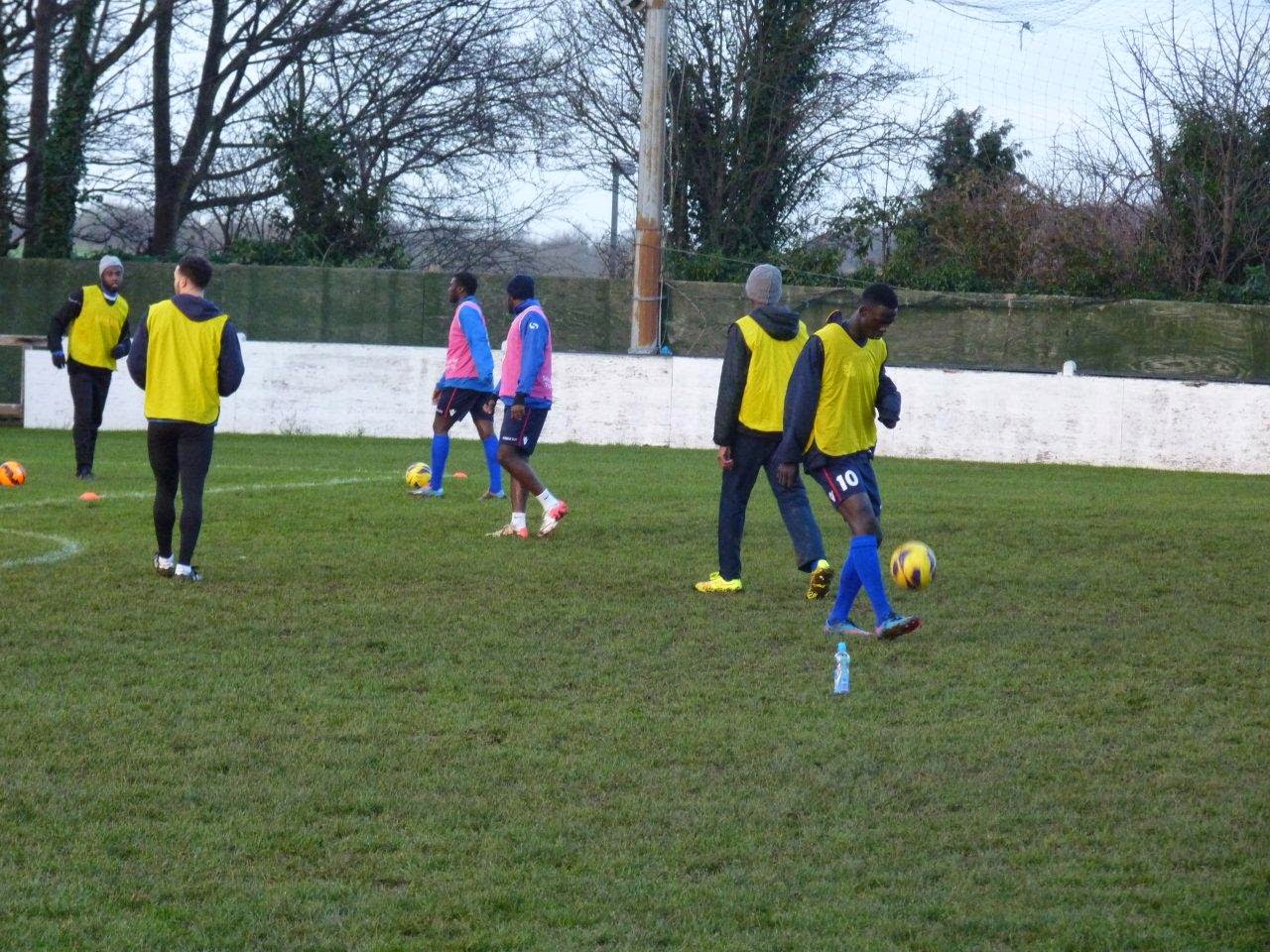 One or two of the visiting team's players are going to ground with injury. The female physio is kept busy. Lucky I didn't bring Trumpy Bolton with me; he'd be faking a hamstring injury again. Incredibly Continenetal Star score three times in the final ten minutes. In the dying moments they go desperately close to levelling at 6-6.

What an ending. In 45 years of watching football and 8 years of groundhopping I have never seen 11 goals in a game. Many thanks to both sides.

Man of the Match: Levi Porter