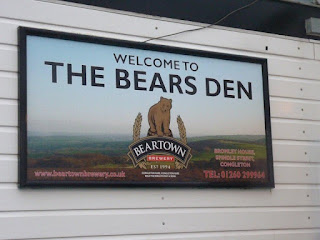 Former Nottingham Forest Youth Team Manager, John Perkins, tells a wonderful anecdote about Brian Clough. The young lads were drawn away to Peterborough in the Midland Youth Cup. Cloughie announced on the day of the game for a seat to be saved for him on the coach.

The game was played and Forest were well beaten, but ‘Old Big Ead’ was supportive to the players throughout. On the bus journey home he ordered Albert, the coach driver, to stop off at the nearest chip shop. Nobody had got a brass farthing on them.

The old gal behind the counter was built like a brick outhouse and wore glasses as thick as the bottom of a milk bottle. She was not one to mess with. Clough had to use all the charm and charisma he could muster: ‘Hello Darling, my name is Brian Clough and we would like twenty portions of your finest fish and chips, but there’s a slight problem, I haven’t any money on my person. I’ll send you a cheque in the morning.”

“I’ll trust you, Mr Clough”, replied the lady. The following morning Perkins knocked on Clough’s door: “Gaffer, don’t forget to pay the lady for the fish n chips.” “Oh yes, how much was it pal?" Sixty two pounds” replied Perkins. Clough wrote a cheque out for £90 and accompanied it with a note: “Thank you Darling, treat yourself and be good. Brian Clough” As Perkins walked out the door Clough shouted out: “Hey, next time your team play like that, you can buy your own fish n chips!” 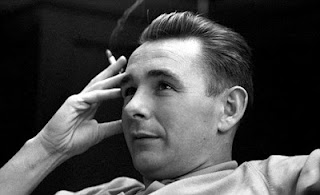 There’s a third off the price on Sticky’s favourite Rioja at Sainsbury’s on Friday evening. It’s a good start to weekend. The same cannot be said for ‘Fizz’ following a breach of health and safety at ‘Underworld’ in Weatherfield. It hardly fills you with confidence that Greater Manchester Police are investigating the incident.

Any plans of a scouting trip to Mansfield in the morning are scuppered by a night of torrential rain. Mrs P deploys me to labouring duties in assembling ‘The Skipper’s’ new bed with ‘The Angler.’ I make an award-winning cup of tea for the two of us. There won’t be a better brew made than that in England today.

Mrs P has an open day up at Sutton-in-Ashfield; it means I can slope off early today. After last week’s near miss, a confident Finley Palmer predicts another goal bonanza, 5-3 to Congleton, he predicts with his paws. 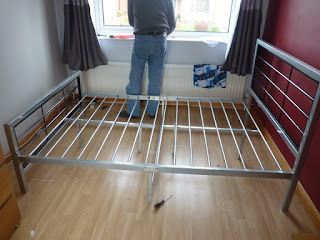 The laugh-out-loud ‘Fighting Talk’ is on Five Live. They’re talking about the time Trevor Chappell, under orders from his brother Greg, bowled an under arm delivery on the final ball in a One Day International versus New Zealand. A year later the Aussies were on tour in Auckland. A partisan crowd of 43,000 heckled skipper Greg Chappell to the wicket as he came out to bat. A wag in the crowd leapt the fence and bowled a Crown Green wood in Chappell’s direction.

I pull in at the Egerton Arms in Astbury, just a few miles south of Congleton. I’m greeted by a cheerful landlord and The Jacksons singing ‘Show You the Way to Go.’ A pub bore announces to all and sundry that West Brom have taken the lead at Sunderland’s Stadium of Light.

I select a pint of Robinson’s ‘Dizzy Blonde.’ I’ve not quaffed one of these since a weekend away in Abersoch last September. Plentiful amounts of food are on offer on the menu. Sticky loves his Somerset brie and pickle baguettes though. 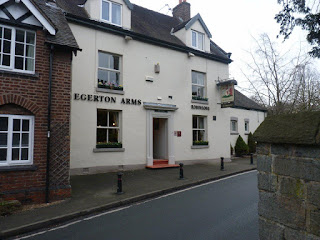 The pub looks out onto the pleasant views of the village church. A Roman numerical clock is projected onto the wall. I glance at a free issue of the Cheshire Independent. Green-fingered youngsters are planting flower tubs to give the town a splash of colour over the winter months. It’s headline news in this sleepy town.

I’m anxious to get to the ground though. According to my Twitter timeline, fixtures are falling by the wayside. As I head into Congleton the skies begin to darken; bloody hell it’s starting to rain.

I park the car on a side street, opposite the cricket ground and take a peek around the place. Congleton is a town in Cheshire that lies on the banks of the River Dane, with a population of 25,000. Popular sports in the 17th Century included bear-baiting and cockfighting. Congleton is well-known for its manufacturing of airbags and golf balls. Former Manchester City defender, Ian Brightwell, grew up in the town. 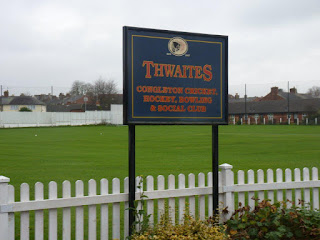 Barnoldswick is a town in the Borough of Pendle in Lancashire, just outside the Yorkshire Dales National Park. It is the highest town on the Leeds and Liverpool Canal. It is home to Silentnight Beds, the UK’s largest manufacturer of beds and mattresses.

A guy on the gate gives me the thumbs up; the game is on. I pay £6 on the turnstile. The programme is good value and an interesting read. Two pieces of trivia catch my eye. There’s a report from a Bedlington Terriers FA Vase game. Former Newcastle United striker Paul Brayson is mentioned. He is the shortest footballer to have ever played in the Premiership.

The programme also reports on the resignation of former Nottingham Forest forward Peter Withe, who was until recently manager of Stockport Sports. Withe scored the winning goal for Aston Villa in the 1982 European Cup Final. 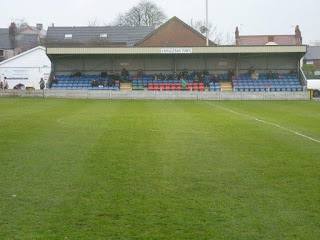 I’ve been tipped off by north-west blog supremo, Uwdi Krugg, to watch out for the Barnoldswick ‘One Man and His Dog’ away day Ultra’s –they target anyone who is not a farmer.

The DJ, who I’d put as late fifties, has already inflicted Queen and Status Quo on the perishing crowd, as I position myself on the far side of the ground, behind the away dugout, sheltering from the rain. I’m taken back at the quality of passing from both teams, particularly the Bears of Congleton.

Sticky Palms is elated on three minutes to get his hands on the match ball. I throw it powerfully into the midriff of a less than impressed visiting defender. On six minutes Congleton take lead with a net buster from the edge of the area by Matthew Worrall. Ten minutes later left back Louis James starts and finishes a fine move. 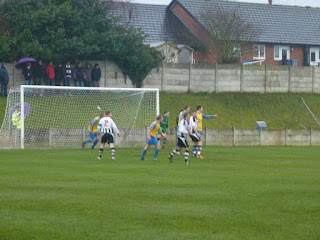 A game-changing incident takes places just yards from where I’m stood The Congleton 8 jacket goes in two-footed. It’s ankle-high and fortunately takes the ball. It is, in my opinion without malice. A pie-eating Barnoldswick supporter, next to me, begs to differ. He showers me in flaky pastry in a fit of pique. He has the diplomatic skills of I’m a Celebrity star Eric Bristow and is without compromise The visiting manager and the majority of his players try to get the boy sent off. The referee sensibly waves a yellow card at the lad.

The Bears, may regret that their dominance has only left them two to the good. News is filtering through from Guiseley’s Nethermoor Road ground that Sooty is making his debut as the supporters’ mascot.

I stand in the Club Function Room for a wee warm. I grab a cup of piping hot coffee. The lady behind the tea bar is promoting home-made vegetable soup at a bargain £1.30 per cup. 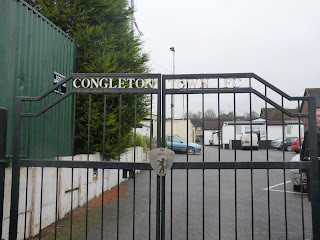 I can’t be bothered to drag my weary body over to the other side of the ground. That pie-eater from Barnoldswick looks in the mood to knock my block off. I think I’ll give him a wide berth. I stand behind the goal at the bottom of the slope, expecting an avalanche of goals from the Bears. How wrong can one be?

Barnoldswick play as if someone has put a firework up their backsides. Chance after chance is spurned, until on 63 minutes Billy Priestley nods in a header at the back stick, following a corner. They can’t turn their second half superiority into goals though. The driving, incessant rain has turned the pitch into a quagmire. The two teams put on a show though. I’ll catch up with both later in the season.

Man of the Match: Vegetable Soup

Best Earning plan without any work, just Visit the Website and Earn
www.profitclicking.com

Top Most Expensive Cars, Top Most popular and Speed Cars with stylish and Beautiful Pictures.
worldlatestvehicles.blogspot.com

Make Earning on your Every panels you purchase, Many types of Earning Systems
bannersbroker.com

Get profit on your investment, Just invest and Rest. Earn Money without any work
www.profitclicking.com

Get your own home based job in data entry, copy pasting, clicking and different more jobs
www.jobzcorner.com

Earn Money on Without Investment, Get Free Online Jobs and Work From home.
www.jobzcorner.com

For latest information you have to pay a visit internet
and on the web I found this web site as a best web page for hottest updates.


Here is my wеb page ... The best lock smith service in the Barnet metro

Internet Online System is very usefull and Billions of Peoples use Internet and Many of the peoples want to make money online from home and make online business for a life time
We have the best Online earning System with Data Entry Jobs, Online Jobs, Network Marketing, SMS Earning, and Much More Online Work From home, Skype : Jobz.Corner
JobzCorner.Com

We are a bunch of volunteers and opening a brand new scheme in our community.
Your web site offered us with useful info to work on. You have performed a formidable process and our entire community can be grateful to you.

When someone writes an article he/she maintains the image of a
user in his/her mind that how a user can be aware of
it. So that's why this piece of writing is perfect. Thanks!

certainly like your website however you need to check the spelling on several of your posts.
A number of them are rife with spelling problems and I in finding it
very troublesome to tell the truth on the other hand I'll definitely come back again.

You actually make it appear so easy with your presentation but I to find this matter to be actually one thing which I
think I'd by no means understand. It sort of feels too complicated and extremely wide for me. I am having a look forward in your subsequent publish, I'll attempt
to get the cling of it!

Also visit my website :: how to get free gems for dragonvale