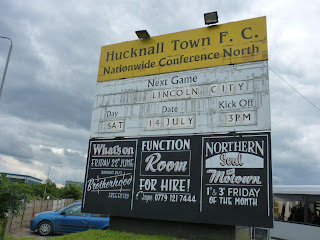 The summer has been a washout. It’s hosed it down for days now. Sticky, ‘The Reaper’ and ‘The Auctioneer’ need cheering up, and have earmarked Saturday June 30th for ‘Real Ale Trail Part Two.’ Part one was the Mansfield Road run, in Nottingham, with The Gladstone on Loscoe Road easily winning the pub of the day award.

Maid Marian Way has sun-kissed blue skies as we traipse up to Ye Olde Trip to Jerusalem, reputedly the oldest inn in England. Next stop is the Blue Monkey’s Organ Grinder on Alfreton Road. We laugh, joke and take the rise, on the open sun terrace.

The Reaper takes us on a tour of Radford, an often troubled area of Nottingham. I recognise the street names and associate them with shootings that have occurred here over the years. We bump into former Nottingham Forest and Sampdoria defender Des Walker in the Tap Room of the Pheasant Inn in Radford. The swanky, cool bars of Hockley and West Bridgford are not for ‘Our Des.’

Four more pubs are chalked off in Basford, before we stagger onto a tram into town before catching the ‘Keyworth Connection’ home. I am buzzing and steaming. It is by far the best afternoon of the year. Cheers Reaper, for the social history tour.

It’s nearly 90 days since I last did a groundhop. I spot that my old team Lincoln City (I used to support them until Chris Sutton rocked up with his daft mate and ruined our Club) are sending their young uns to the old mining town of Hucknall. I book myself in.

The comedy moment of the week arrived last Sunday. I’m on a three mile circular walk of our village. ‘The Skipper’ is having a ‘Sunday snooze’ in his bro’s bed, following a late-night sleepover at a pal’s house. An hour later he walks into the lounge, where Mrs P is doing a spot of ironing. “What’s for breakfast Mum?” The fool is dressed in his full school uniform. He thought he’d slept through and it was Monday morning. 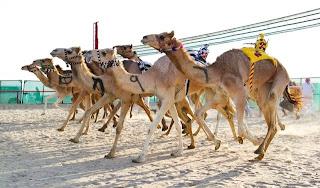 The Arabs have swept into The City Ground. Tricky Trees fans are on the crest of a wave. And why not, after 15 years of mediocrity? Steve Cotterill was wearing dead man’s shoes, just like former Notts County manager Ian McParland was when Munto and Sven rolled in.

It’s Saturday morning and I’m regretting that special offer bottle of red wine I saw off last night. Bad news folks, Sticky Junior has ragged in the paper round, and boy do I miss it. I flick on the radio to find Danny Baker in fine fettle. His intro music is ‘The Headmaster’s Ritual’ from Meat is Murder by Manchester band The Smiths.

I spend a few hours in the garden to show willing. I am unquestionably the best weeder in Keyworth. Mrs P arrives home from West Bridgford Farmers’ Market with my favourite cake, which is accompanied by a ciabatta for lunch. I’ve a night out at the Brazilian restaurant Tropeiro on King Street in Nottingham with White Van Man and the gang this evening. 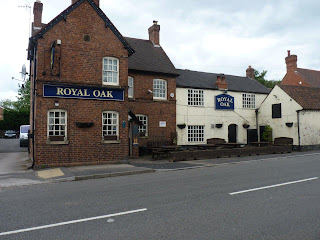 I sit watching Sky Sports News before the short drive to Hucknall. There’s speculation that Canadian-born striker Junior Hoilett could be on his way to Loftus Road. I do hope so; I loved his speculative efforts on goal last season. I also notice that former Notts County full back Chris Short (brother of Craig) has joined Neil Warnock’s coaching staff at ‘Dirty Dirty Leeds.’

I make the short journey over to Hucknall via the village of Watnall. Priory Celtic’s John Harris has suggested I drop into the Royal Oak on Main Road, close to the Hovis Bakery. I am the pub’s one and only customer. Feeling a tad delicate from last night’s session, I select a half pint of St Edmunds bitter from the Greene King brewery and take a seat in the corner of the cosy bar. ‘A Town Called Malice’ by The Jam is on the jukebox.

A couple of locals sidle in through the front door. They exchange small talk with the landlady. One of them pours money into the fruit machine, whilst the other more wisely plays the trivia quiz game. “What’s the nickname of Charlton Athletic?” shouts out the guy. “The Addicks” a smart-arsed Groundhopper replies. “I’ll buy you a pint if I win”, remarks the punter. He’s knocked out on his next question.

Oooh, is that Lily Allen I can hear on the jukebox? Time for a sharp exit. Thank God that press conference has finished at Nottingham Forest. It went on longer than the EastEnders omnibus edition. 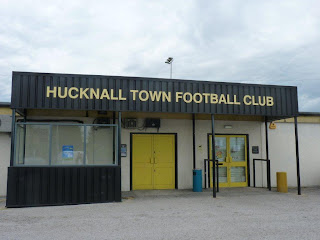 A couple of stewards rob me of £1 to park my car at the rear of Hucknall’s Watnall Road ground. “How much is it to get in?” I enquire. “£7” one replies. “What, to watch the Lincoln City youth team?”

It’s actually a fiver on the turnstile, with a further 50 pence shelled out on a programme, a piece of A4 paper folded in two. Team-sheets are free gratis. There are more stewards and Hucknall Town officials in the ground than supporters.

The first thing that strikes me is how long the grass is. I walk in an anti-clockwise direction. Former Lincoln City defender Grant ‘Hoof’ Brown’ is youth team coach at Sincil Bank. I can’t understand a word he barks out at the scholars; he’s from Sunderland. Brown made a club record 405 appearances for the Imps. 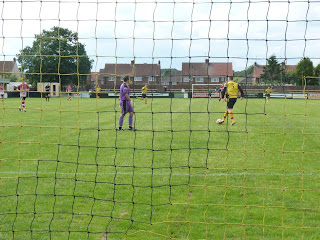 I notice a bald man, sporting a Lincoln tracksuit, studying the warm-ups. I wander towards the guy and attempt to strike up a conversation. I recognise him and I’m immediately in awe of him. He has twice managed ‘City’ and has legendary cult status in our household. Christ, I even named my budgie after him (he’s called Murphy .... not Colin). I ponder on whether to tell Colin Murphy that he’s my hero and that I named my feathered friend after him. I choose not to, in case he is offended by it. I miss my chance as ‘Murph’ walks away. I notice he is limping heavily.

I bump into Malc and Kev from the ‘On The Road Blog.’ We enjoy a bit of craic and catch up on all the gossip. ‘Rock DJ’ by the Burslem pub singer is booming out the PA system. “Thank Christ that has finished”, remarks an elderly gentleman. “Too right pal”, says Sticky.

Lincoln start the game like a house on fire. They have good movement and are a yard quicker than their more experienced opponents. They open the scoring through Karl Cunningham, son of former Lincoln, Newcastle and Manchester City striker Tony Cunningham. TC is now a Lincoln-based lawyer. I notice him chatting to Colin Murphy in the stands. ‘The Murph’ signed TC from Stourbridge back in 1979 for £20,000. 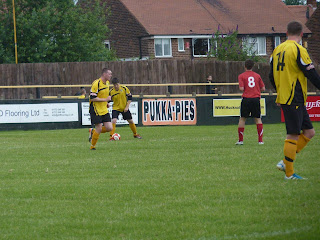 The Imps are totally bossing the game and increase their lead on the half hour, with captain Kieran Walker thumping a shot home from close range. I walk past Malc and Kev with a smile like a Cheshire cat – I’m a Lincoln fan again.

On 35 minutes the visitors concede a sloppy goal. The full back is dispossessed following a throw-out by the ‘keeper. The cross is steered home by striker Julian Topliss. On the stroke of half-time the Yellows restore parity with a good finish by striker Theo Sanderson.

Brett Marshall is the new incumbent in the Hucknall Town managerial hot-seat. He’s arrived from Retford Town, along with half of their squad. He’s either been to one of John Ramshaw’s tanning salons or recently returned from holiday. He’s dressed in a sharp pin-striped suit that he recently purchased from Oxfam on Hucknall High Street. I once saw him celebrate a Scott Pratt 45 yard winner, whilst at Kirkby Town, by running a full 50 yards down the touchline. I thought the guy was going to drop dead on the spot. 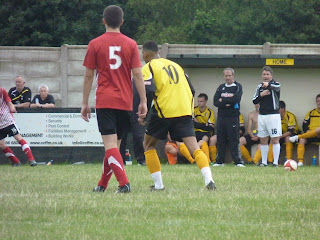 Marshall inspires his newly-assembly squad in the second period. The Imps play as if they’ve been given a half-time pep talk by Chris Sutton. Joel Goodacre puts Hucknall in front, lifting the ball over an advancing goalkeeper.

They spurn further chances to put the game beyond doubt as the Imps run out of steam. Lincoln’s impressive forward Jordan Thomas scuffs a penalty which rebounds off the Hucknall ‘keeper’s trailing leg.

Heavy black clouds begin to empty their load. I glance over my shoulder as a steward opens a side exit door. The ‘Rolls Royce’ is in poll position. I race home down the ring road, burst through the front door and head towards his cage. “Murphy ..... you’ll never guess who I bumped into this afternoon?” 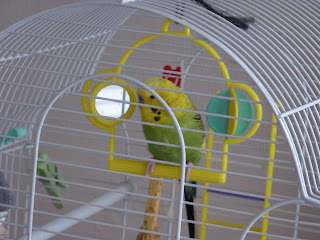 Man of the Match: Colin Murphy