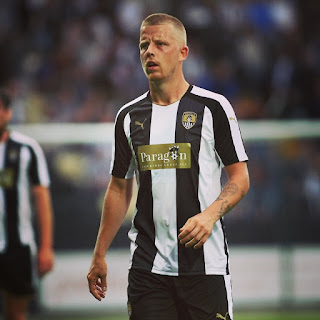 I make the hare-brained decision on late Monday afternoon to travel up to Atherton Collieries, a ground that's been on my to-do list for some time. Greater Manchester is my favourite spot to watch Non-League football. I battle hard in the clogged up motorways and dual carriageways of the North, arriving just in time for kick-off.

My rash decision is not ill-judged; Atherton's Alder House ground is to die for. They've played up here for over 100 years. 281 folk give a double helping of Coronation Street the swerve and are treated to a wonderful game of fast-flowing football, with Michael Clegg's youngsters sweeping aside the visitors, Colwyn Bay, from North Wales, 3-1, after being pinned back in their own half for the first 20 minutes.

I'm full of cough and cold after last night's soaking in Manchester - God, I wish I'd stopped in to see an Oscar-winning performance from Rita Fairclough, Sullivan - whatever her chuffing name is, in Corrie. She'll be nailed on now to scoop up the TV Times best actress award. 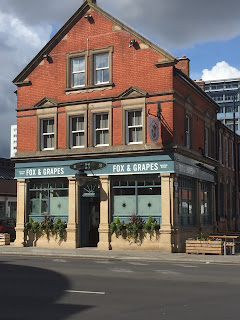 I hook up on Wednesday evening with The Taxman and 'The Italian Stallion' in the village of Keyworth, where Sticky Palms was once of this said parish. Bookies' favourites,  Keyworth Ressies, contrive to throw away a two-goal lead, losing 3-2 to Real Community. Manager, Ian Marley, chooses to give his players a public dressing down on the field of dreams, moments after the game - Phil Brown style. He's still bollocking them uphill and down dale as we exit the car park. There's no sign of crowd favourite 'The Keyworth Georgie Best' (Sticky jnr). The Ressies are crying out for an entertaining, old-fashioned winger, with his socks rolled down and shirt hanging out. Put your arm around him and he'll give you everything - he has quicker feet than Strictly's Brendan Cole.

It's Friday evening and my attention has turned to tomorrow's game between Notts County and Lincoln City. I moved from Lincoln in 1969 to Nottingham. Dad took us to Notts County and Nottingham Forest on countless occasions, but we were always drawn back, like a magnet, to Sincil Bank and the brilliant Graham Taylor era of the mid to late 70s. Last season Lincoln City went leftfield appointing a former schoolteacher with only Non-League experience. Danny Cowley and his brother Nicky gave us a season that will live in the memory forever.

My stomach is churning over and the nerves kicking in as I mull over an early evening real ale in Castle Rock's recently renovated Fox and Grapes in the Sneinton Market area of Nottingham. I smell like a wet old dog having taken another dousing on the 40-minute stroll up Carlton Road. I foolishly forgot my brolly. I catch the No.25 bus back home. I flick on the Forest Green Rovers v Swindon Town game, as 'The Princess' is on the sauce up on Mapperley Tops. Man alive, this match is bloody awful - the Pies and Imps will trounce the pair of them. I switch over channels to see Bayern Munich concede a two-goal lead - it can happen to the best of them. 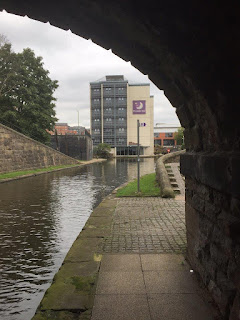 I don't sleep well; I never do before a big game. It was too late to snap up tickets for the Lincoln end. The Notts County online ticketing system would test the patience of a saint. After 15 minutes of the blue circle of death, I throw the towel in and drive the two miles down to the ground and purchase a couple of tickets in the Derek Pavis Stand.

Jesus, it's only 10 o'clock and I've already been to the tip and cleaned all the windows inside and out. I'll do anything to keep my mind off the game. I rustle up a chilli con carne whilst listening to the brilliant Colin Murray on Fighting Talk. We jump on the bus, alighting at the Nottingham Arena. My mood darkens when I see a poster that English 'comedian' Michael McIntyre is pitching up here soon. Me and my old budgie, Murphy Palmer, have never laughed at one single gag of his.

We cross over onto London Road, before walking over a bridge, down some steps and onto the canal towpath. A dad and lad are fishing. The last time we came down here we saw a Rastafarian chap reel in a 20lb Carp. As we close in on Meadow Lane my stomach begins to knot. We pass the statue of Notts County's greatest manager, Jimmy Sirrel, and his faithful sidekick Jack Wheeler. I think of the sad tale of Jimmy's wife of over 40 years passing away on the day of an important game. He arrived at the ground suited and booted and never told a soul. After the match he asked the chairman if it was okay to take the Monday off to arrange her funeral. 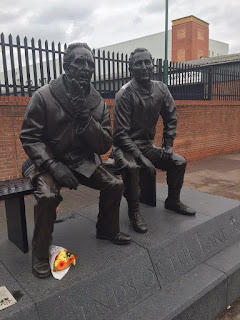 I've stumped up £20 each for tickets. Today is the clash of two of the brightest young coaches in League Two. The ink is barely dry on Kevin Nolan's new three-year contract. Another defeat for his beloved Bolton Wanderers will only heighten speculation. The only saving grace is that the Trotters haven't got a pot to pee in. Nolan was a shrewd appointment, with the new owner taking the advice of Nottingham based TV and radio presenter Darren Fletcher, who has since been made a director.

Notts County were on their knees and Conference-bound 8 months ago. The Trews did a moonlight flit, leaving the oldest association football club in the world saddled with debt. The potty-mouthed, sunken-cheeked, John Sheridan, punch drunk from a Club record 10 consecutive defeats was sacked following the leaking of an FA extraordinary incident report. Nolan steadied the ship, safety was achieved with promotion-winning form.

We're sat at the back of the Pavis Stand in C Block. There's little conversation between the pair of us, as I'm a bundle of nerves. 'Seven Nation Army' from White Stripes is blasting out the PA system as the teams emerge from the tunnel. Lincoln are still hurting from their 1-0 reverse against the Stags last week and their classless Glaswegian manager Steve Evans. 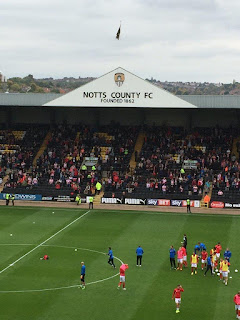 The Imps are well on top in the opening exchanges. Lincoln lad, Ryan Yates (Dad an Imps' season ticket holder), in centre midfield and on loan from Nottingham Forest, is being knocked about by Lincoln's man mountain, Michael Bostwick. The visitors cause havoc down the right-hand side. Knott, Green and Anderson are particularly impressive. Green, Ginnelly and Luckie miss gilt-edged chances.

The game-changer is on the half hour. Billy Knott goes foot up to win the ball, Yates bravely puts his head in where not many modern day footballers would. We have a bird's eye view of the challenge. I say to Ms Moon that Knott's a goner before referee Seb Stockbridge brandishes a red card.

The normally unruffled Danny Cowley is incandescent with rage. He shuffles his pack as the Imps try to run the clock down for half-time. Sticky's favourite, and former Imp, Terry Hawkridge, cleverly hoodwinks and sees off a couple of Imps defenders, before unselfishly laying the ball back to Jones who whips a cross in for Stead to spectacularly see his shot ricochet off a defender and hit the back of the net. 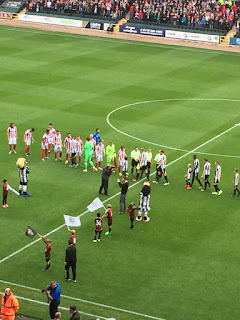 There's a schoolgirl error from Ms Moon at the break; she decides to grab a coffee and join the huge queues in the concourse. The inevitable happens on 47 minutes, Ginnelly, on loan from Burnley, floats in a cross from the left, Anderson nods it back, with Dickie getting the final touch to restore parity. A pumped-up Cowley clenches his fist in the direction of the celebrating Lincoln City board of directors.

The game is magnificent, with a superb ebb and flow. The crowd of 11,672 play their part (4,100 from Lincoln). Brilliant hold up play from the much-maligned Stead ( loads moaning about him where I sat) sets up Tootle for a delicious finish. Jorge Grant puts the game to bed with a ridiculous long-range free kick.

I've watched Terry Hawkridge since his Scots Grey days (a pub in Bulwell) and have been amazed they nobody has taken a punt on him - I recommended him to Matt Alexander, Notts County chief scout, during the ill-fated Chris Kiwomya reign, when Tel was at Gainsborough Trinity. He was the standout player in Lincoln's two epic FA Cup ties versus Ipswich Town last season. His first touch is ridiculous, his crossing first class. He jinks and glides across the surface, like an old-fashioned winger. It's only fitting that he seals Lincoln's fate after cutting inside and firing the ball home into the bottom corner of the net.

Man of the Match: Jonathan Forte (Ran himself into the ground)
Posted by Sticky at 6:44 PM