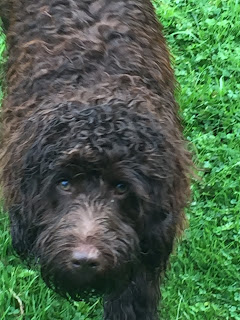 It's 8pm on Saturday 2nd September. I'm leaning with both elbows on the bar, head in hands, trying to get served at the 'World Famous' Trent Bridge Inn, next to Nottinghamshire County Cricket Club. It's a Wetherspoons 'professional drinking' establishment. Tonight I'll give it my best shot as Ms Moon and a group of friends celebrate Roberto's (the Italian Stallion) birthday - he's a bigger legend in Nottingham than Robin Hood, because of his tireless, devoted charity work.

The back room is packed to the rafters. What's poppin' fresh? Christ on a bike, I'd totally forgot it's T20 Finals Day at Warwickshire's Edgbaston ground. I hope the Notts lads can get one over irritating Sky presenter Nick Knight, as he has made unnecessary and disparaging remarks about the Outlaws over the years. 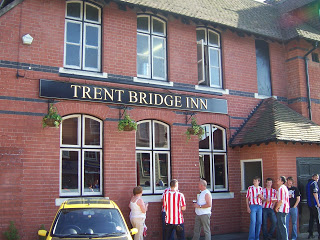 Bloody hell, my youngest lad and his cronies have pitched up. They're sinking scoop after scoop and getting a bit raucous as Sticky's favourite, Samit Patel, digs Notts out of a hole. Skipper, Dan Christian, tees off, blasting 24 runs off 8 balls. The Outlaws post a respectable 190.

Harry Gurney (who I have no faith in) finally steps up to the plate after a below average tournament. He silences the Hollis Stand with outstanding figures of 4-17 to bring home the bacon and leave the Birmingham Bears and Sky buffoon Nick Knight with sore heads.

I have a little trot out on Sunday lunchtime around the Castle area of Nottingham, partaking in a few sociable ones in an attempt to blow away the cobwebs.  I knock up the Witton Albion v South Shields blog and post it on a few north-eastern football message boards. I get flamed by the Mariners' fans because I said they were from Newcastle (11 miles away) - one even has the brass neck to call me a 'southern t**t.' 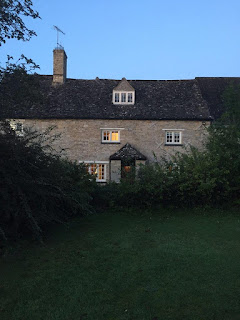 I'm holed up in a Marriott Hotel in Glasgow for two days during the week at a sales conference. It gives me the chance to catch up with some work colleagues. There's over 100 folk in the conferencing suite. During the day we have a 'lucky dip' spot where someone is randomly chosen to go up on stage for 15 minutes to present a strategic account plan to their peers. Need I say more, I'm first out of the hat. It's bloody terrifying. I'd have sunk a Cognac if the chuffing bar had been open. The big boss takes the time out to congratulate me, so I can't have been too bad.

Blimey Charlie, I've put some miles in this week. Friday is spent in Leominster, in deepest Herefordshire. I spend a horrific three hours snarled up in traffic travelling to Oxfordshire for the lads' weekend away ... aka 'golfing holiday.' The M5 is a pig. I rock up at the ranch at 6:30pm. Rich Collier from Oslo and Dave Pilgrim from Manchester are waiting for the Asda van. The rest of the boys are en route from Stanton on-the-Wolds Golf Club after the Keyworth CC Golf Day, which raises vital funds for the Club. 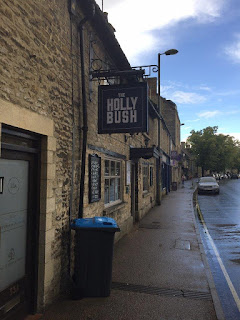 We take a walk up the road to The Woodman Inn in North Leigh, where coincidentally I'm groundhopping tomorrow. The three of us are 'Hank Marvin.' We're met with a sign swinging on the pub door in the gentle breeze which says 'kitchen closed until further notice.' I shout up some ale to soften the blow and engage with a couple of blokes crowded around the bar who've had a few sherbets. A guy asks if I'm from Barnstaple. When I reply I'm from Nottingham he calls me a 'northern monkey.' "That's great" I laugh, "better than a southern t**t.'

The rest of the boys have arrived. We hit the town of Witney where Tory toff David Cameron was MP for 20 years and former Middlesbrough and Oxford United midfielder Robbie Mustoe was born. We tuck into some snap at Good Pub Guide entry the Hollybush on Corn Street. Wetherspoons is given the swerve as the night gets messy. 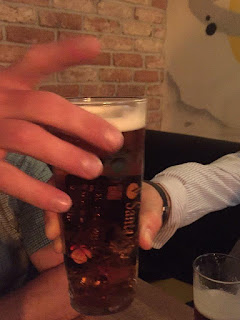 Poor old Beef's credit card is dropped into a pint pot full of lager as the schoolboy pranks crank up. There's a 'Gincident' in the local kebab shop at the fag end of the night. I would like to say that we're all saved by the long arm of the law as one of 'our lot' keeps the streets of Nottingham safe and sound for a living, sadly it's an epic fail. Pc's Rowan and Ventress off Heartbeat would have mopped up in no time.

I gingerly descend the spiral staircase as the smell of fried bacon and sausages waft in the air.  Five hours kip is not the one. In the light of day, the Grade II listed farmhouse with 8 acres of land and 7 bedrooms looks a beauty. Deer roam the land while bunny rabbits hop in the garden. 'Big Bear Baker' has negotiated a cracking deal as it's £5,000 per week in peak season. 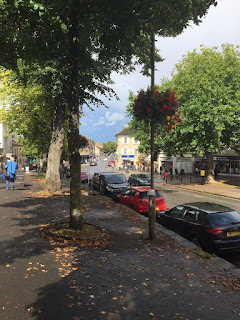 The lads head off golfing despite the adverse weather warning. I head back into Witney as black clouds loom over the market town. First port of call is Waterstones. I love browsing through all the books and then downloading them onto my Kindle. I tip Ms Moon the wink that the 2018 Good Pub Guide has been published.

I take shelter in a shopping centre as the heavens open - the lads will be getting a dousing but will have all the clobber to cope with it. I queue up at a local delicatessen for a spot of lunch, before returning to the aftermath of 'Kebabgate.' I was fully expected the crime scene to be sealed off, with coppers on all fours rummaging around for any incriminating evidence. I nip into The Horseshoes for a swift pint. A local has had a sniff of the barmaid's apron and has his car keys confiscated by a member of the bar staff. 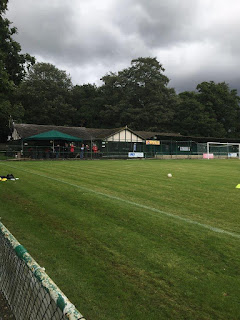 North Leigh FC is only five minutes up the road. I drive up a track that turns into woodland. I come out into a clearing. An old, in disrepair green-painted clubhouse, is perched on top of a slope. Music blares out of a large marquee where a wedding reception is taking place.

It's £10 on the gate for entry, programme and raffle ticket. Today's visitors Barnstaple have made a 320-mile round trip. Heavens to Betsy, what a beautiful ground we have here. It's lined with trees and has quirky features. I take a pew in the George Hazell Stand as rain hammers down onto the green corrugated roof. Neither team has taken a point from four games. It has a whiff of a 0-0 about it. 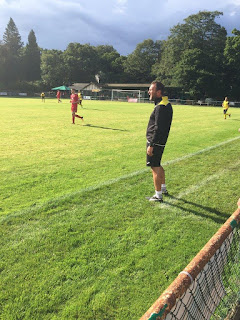 I'd already been pre-warned in the boozer last night about the idiosyncrasies of North Leigh manager John Brough. The Ilkeston-born defender was at the Pies as a kid before making over 250 appearances for Cheltenham, Shrewsbury and Newport. His voice bellows around the ground. "You two, that's shite" he roars at his hapless defence.

Somehow, despite his negativity and vitriol, North Leigh build their confidence. By the break they are 2-0 up following some haphazard defending and Kamikaze refereeing. As I come out of the toilet I overhear Barnstaple's manager's team-talk. He reckons they can still win the game despite being unable to hit a cow's arse with a banjo - not on your Nelly son. 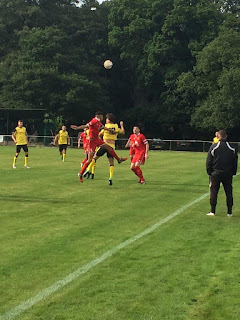 There's a pleasant surprise in store for Sticky P on a facebook notification. Ms Moon has only gone down town and bagged the new pub guide - if Carlsberg did girlfriends.

There's a commotion at the break as Baxter the cockapoo has escaped his leash. I chance upon the little monkey destroying a plastic cup that has blown its way from the stand. I hear a committee member complain incessantly about the referee charging £111 match fee including expenses. He has a point though as the blithering idiots at the FA have deployed him from out of Tamworth. 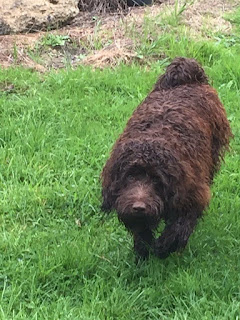 North Leigh run riot in the second half. If it wasn't for the visitor's 'keeper it would have been double figures. John Brough still isn't satisfied. He appears angst and agitated - having a set to with the Barnstaple 6 jacket who looks to double up as a Devon nightclub doorman.

It's all handshakes at the final whistle as the insults are forgotten and an enjoyable afternoon comes to an end.

Man of the Match: Big Bear Baker
Posted by Sticky at 5:25 PM