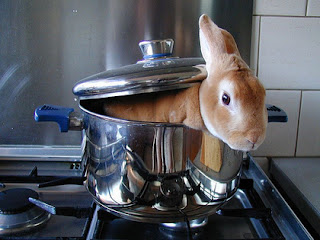 I'm still holed up in the luxurious 7 bedroomed Grade II listed farmhouse in sleepy Oxfordshire. The lads have packed up their sticks and gone off golfing, leaving me the run of the ranch. I couldn't sleep with excitement that Burnley v Crystal Palace are on Sky. I'm slouched on the sofa drifting off to sleep when the doorbell rings. Hells teeth Carruthers, it's the owner, he must be on a random spot check of the joint. Phew, he finally admits that there's a leak in one of the 5 toilets that he wants to inspect - it takes us 5 minutes to locate the said lavatory.

It's 4pm and the lads are playing out the final holes on the back nine in the Baker Cup 2017, as I open a can of Dead Pony craft ale. I call Ms Moon back in Nottingham to see how things are. 'The Princess' coughs up that she's watching the film Fatal Attraction. Loyal readers will remember I once had a rabbit called Finley. He had a mate called Thumper who was well known for acting roles in Winnie the Pooh and Watership Down. He was spotted by a Hollywood scout in the latter movie and was snapped up for a cameo role in Fatal Attraction. Finley said he'd not seen Thumper since his Hollywood debut and had presumed he'd gone all big time in Los Angeles. I hadn't the heart to let the wee man know of Thumper's grisly demise in a pot full of boiling water. 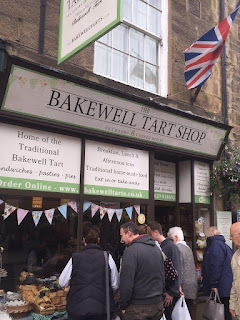 I've managed to come down with a chill after the high jinks of the weekend. I give West Bridgford v Kimberley MW the swerve and suffer Emmerdale Farm in silence. I scour the net looking for a weekend fixture with a difference. I'm intrigued to see what the Hope Valley League in Derbyshire's Peak District has to offer. Gerry the groundhopper from the Onion Bag blog has tipped me the wink of a few good ground visits over the cattle grid. Top of the table Bradwell v Bakewell Town looks a tasty fixture. We could have a stroll around Bakewell, before heading up High Peak and ticking a pub off in the new 2018 Good Pub Guide that Ms Moon very kindly put herself out to buy me last weekend, after an anonymous tip-off from a mystery shopper in Waterstones bookshop in Witney, Oxfordshire.

It's Friday evening and I'm emotionally drained after a tough and demanding week. I had to travel down 'the Smoke again', which is worrying in itself, with the threat of terrorism - a point reinforced with the tragic events taking place at Parsons Green tube station in Fulham, west London. It later unfolds that casualties could have been on a larger scale had the bomb been detonated correctly. We unwind on Friday evening at the splendid Old Volunteer real ale pub. I enjoy a couple of house beers from the Flipside brewery before returning to base. 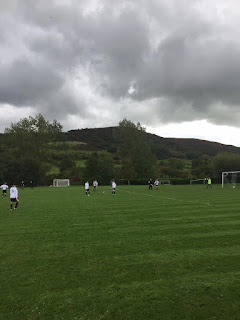 We've settled in nicely at the new house in residential Carlton. There was a murder six days in, a seven iron away, which unnerved us. The neighbours are pleasant and sociable enough. Our crib is adjacent to a primary school. It's got up my nose that the flipping school alarm keeps going off in the evening and during the night, with no apparent rush from the janitor/caretaker off the Hong Kong Phooey cartoon show, to attend the scene. I snap on Friday evening following half a bottle of Douro Portuguese wine on special offer at Morrisons at £6 a bottle.

Obviously, it's not an emergency, but surely it will give the Nottingham police a break from murders, muggings and stabbings. I punch out 150 to give a friendly police call handler the heads up. She's not too chuffed to hear Sticky's dulcet tones. I'm rudely asked if I've bothered to inform the Headmaster of the reoccurring faulty alarm. After a short, sharp, curt reply I'm accused of being aggressive. They ought to take some public relation lessons off PC Ventriss when he answers the Aidensfield Police Station switchboard, the miserable sods. 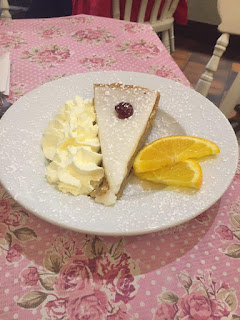 I make a strong cup of coffee on Saturday morning, it's not my normal tipple, but once again I'm sleep-deprived. There's time for a couple of toasted slices of Warburtons fruit loaf, before we head out of the door and up to Derbyshire. Les, at Bradwell FC, has very kindly confirmed that the game is on and the pitch is cut

Ms Moon has got Graham Norton on the DAB radio. I feel the red mist rising again. One TV show a week and a three-hour slot on Radio 2 on Saturday morning earns him £0.85m per annum. I could phone the Met Police to complain, but they've got it all on at the minute. 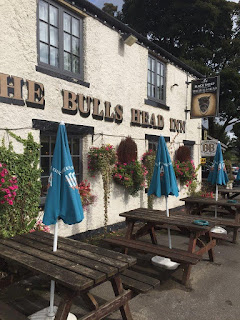 We exit the M1 at junction 28 and head into the Peak District via the A38. The bustling market town of Bakewell is the first pit stop of the day. I've been banging on all week about wolfing down a slice of Bakewell Tart at a local cafe - it doesn't flatter to deceive and is dispatched down the cakehole with consummate ease. Ms Moon has a spending spree at the pastry counter - we'll be living on puff pastry homemade steak and ale pie indefinitely.

The Bulls Head is near to the village green in Foolow. It has a flagstoned bar and Edwardian pictures dotted around the place. We're the youngest folk in here by a country mile. I'm still stuffed from the Bakewell experience so opt for some smoked salmon sandwiches smothered in cream cheese, whilst Ms Moon tucks into jacket potato and chili. 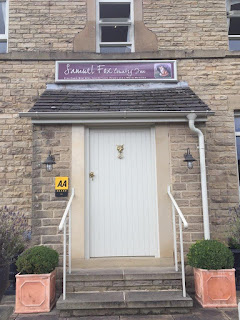 There's a whistle-stop tour of Eyam, the village where the bubonic plague began in 1665, when a flea-infested bundle of cloth arrived at the local tailor from London. It is said that the plague accounted for 260 villagers out of 380 inhabitants.

We park up opposite the AA five-star Samuel Fox Country Inn. I'd kept this one under the radar as I'm not feeling that flush at the minute. Ms Moon can't help clocking it, as it's right next to the ground. Samuel Fox was born in the village and is the inventor of the umbrella frame and the founder of the Stocksbridge steelworks. The views up into the Peaks are a joy to behold. This is the lowest level of football that I've ever blogged. I look forward to the tales of the unexpected - or so I thought. 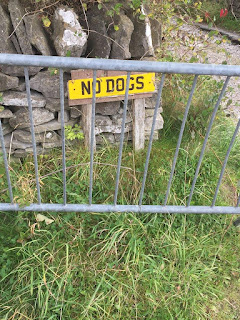 League leaders Bradwell are warming up - I use the term loosely. The visitors from Bakewell keep the hosts waiting, ambling out of the dressing room at 2pm on the dot. A local wag pipes up "Here they come, bloody Barcelona." I detect some acrimony and cynicism in the air. It's not long before the bitter and spiteful atmosphere clouds the game. Bakewell are sporting an Inter Milan replica strip. They must brew the Bass shandy strong around here as this is lost on our beer-hazed wag. Bradwell take an early lead with a goal out of context with this level of football. A left-footed free-kick clipped into the box is guided expertly home by the forward. 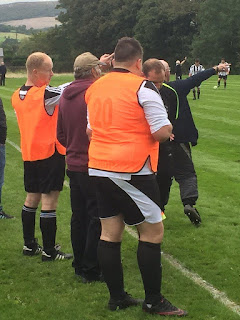 We've been disappointed by a few remarks heard from the substitutes and 'home supporters.' Nothing could have prepared us for the vile, personal unprovoked insult aimed at a guy running the line for Bakewell, who is a member of the management team. "Put your tampon back in mate" shouts a sewer-mouthed sub at the linesman. I would have stepped in, but we're determined to enjoy our afternoon and choose to wander across the other side of the park, away from this moron who has done well to squeeze on the sub's shirt, although I'll guess he'll be sleeping in it.

Bradwell are 2-0 up at the break and appear to be coasting. Their Achilles heel is their ability to fall out with anyone, including their brethren. It's wonderful karma to see Bakewell peg them back to 2-2 and then 3-3. Sadly, for the neutral, they run out of steam with Bradwell snatching victory after sloppy defending from a set piece.

Man of the Match: Bakewell Tart and Cream.
Posted by Sticky at 6:53 PM

Bit off banter no need to put it on internet. Its village football take it with a pinch off salt dick head

Get a grip you fucking nob