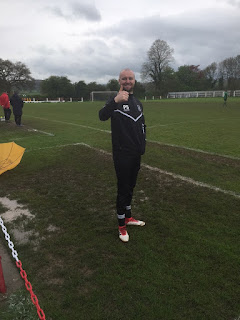 It's Saturday 9th September 2006, blue skies and sunshine saturate Keyworth United's Platt Lane mini soccer pitch. Storm clouds have gathered and vultures have circled for most of the summer, as two parents from my Under 9 side have clashed, and they just won't blow away. As manager of this wonderfully brave, gifted and beautiful team, I'm at my wits' end.

The previous season we had romped to the Young Elizabethan League Division One title, brushing aside the inner-city big guns of AFC Vernon and Dunkirk. I actually got accused by a Keyworth committee member, of 'playing to win.' (lol).

My little team are losing 5-3, anarchy breaks out on the sidelines in full view of my lads. Enough is enough. I resign after the game. Karen, my wife at the time, tries her best to talk me out of it. The stress of running the team has caused me many sleepless nights. My son, Joe, was devastated and heartbroken at my resignation. I stay away and don't even watch the team and my lad for a few months, as a parent very kindly steps in and restores the boys' shattered confidence.

Fast forward the clock four years. The manager, a close friend and confidante of mine, has formed an incredible and unbreakable bond with the boys; they'll run through a brick wall for him. He has a serious illness which he doesn't like to make a song and dance about, but I can see he is struggling. I help him out and rediscover my zest and love for coaching. We reach the Notts FA Shield final and lose out narrowly - we don't play to win and everyone gets a game. The boys give their all in every match and are proud to wear the shirt.

The final season sees me at breaking point. I'm running an under 16 side and Sticky junior's under 18 team. The under 18s are challenging and so are the opponents. Sticky junior is comedy gold, but runs on a short fuse, that when lit, can flare up at any given time. I know he loved it when I was his manager for that final season; he played for the badge and with his heart in every game.

A story I must share, happened out in the Vale of Belvoir, just off the A52. We'd beaten our opponents 4-3 at 'the home of football' in our first encounter - 'The Keyworth Georgie Best' was unplayable that day. He rang rings around the left-back, who had more dizzy spells than Dot Cotton off EastEnders. 'Junior' bagged a brace, his mate, Tom Siswick (could catch pigeons for a living), the best centre-forward I've ever clapped eyes on, scored in what John Motson once called 'mystery time.' There was bad blood at the final whistle. We were 3-2 down with two minutes to go. One of their players sarcastically asked me what the score was, but didn't take too kindly to me asking the same question five minutes later. 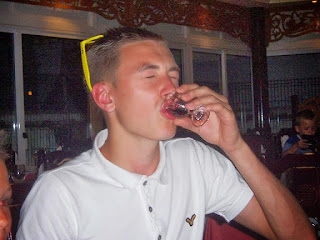 In the return fixture, we were 3-1 down with ten minutes to go. Thankfully it was roll-on-roll-off subs. Sticky junior had blown a gasket earlier in the game, so I hauled him off and put him in the cooler for ten minutes; a bit like Steve McQueen in the Great Escape. He had two goals chalked-off for offside by a cheating linesman (parent) - I never questioned this btw. A pumped-up Junior was unleashed with ten minutes remaining, hitting the onion bag twice in the last five minutes - his final goal was celebrated by sliding on his knees, on a rain-soaked surface, falling two yards short of 'our man' running the line, with Junior's index finger pinned to his mouth, in shush mode, directed to all and sundry. There was a bit of a commotion in the car park after - I drove out the place like Starsky and Hutch on two wheels, with the Keyworth flag flying out of the sunroof.

The reason I'm sharing this with you is that it's Wednesday evening and I'm standing at a windswept Platt Lane with the 'Big Man', watching Keyworth United v Matlock Town Reserves. I look at the Green Army team; only one lad from our village is playing. To my knowledge, not one lad from my 18s and 16s team play football anymore. Why is that?  Why haven't KUFC tapped into their youth production line of talent, which has, at its peak, had over 25 teams? The Cricket Club do.

Keyworth are swept aside and soundly beaten 4-0 by a bunch of 16 and 17-year-olds, who are, admittedly, training each day at an Academy. I don't see anybody playing for the badge - most won't be hanging around or even playing for 'Us' next season. 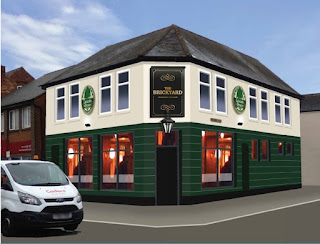 I'm still cross about the game two days later and pondering on whether to give them a second chance up at AFC Kilburn, near Belper, a ground I need to tick off. On Friday I have a disastrous day at work and honestly can't wait for close of play. There's a chink of light on the horizon, with a new real ale house opening on the top of Carlton Hill.

The Brickyard, run by the Lincoln Green Brewery, opens its doors to the general public at 6pm. It's packed to the rafters and chaotic behind the bar. I notice a few big cheeses from CAMRA propping up the bar and adding to the pressure - they've got long beards so presume they are real ale dignitaries. I down a beautiful pint of 'Boxer Blonde' from the Bowland Brewery up in Clitheroe, Lancashire. It takes an age to get served, with first night nerves and all that. I pop into 'Spoons on the way back to HQ; it's deathly quiet in there. compared to the usual busy, bustling trade.

I flick the Fulham v Sunderland game on Sky. I've convinced myself that the 'Black Cats' can win despite the Cottagers being unbeaten in the last 21 games. I tell Ms Moon I've placed a 50p bet at a juicy 14/1 odds (put a fiver on really). I'm moonwalking like MJ on the lounge floor when 'We' take the lead. An equaliser on half-time and a late winner see me hit the wooden hill at 10pm - I'm never betting again. 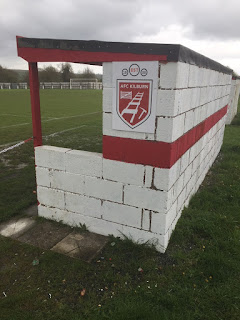 I'm fretting for most of Saturday morning as the persistent rain batters the French windows. It's a toss-up between watching Kilburn or Holbrook St Michaels - the grounds are only a few miles apart. I'm cleaning the house for most of the morning and checking-in on Twitter for weather updates. I make the call to travel up to Kilburn at just before 2pm.

The first hour on Paul Gambacinni's Pick of the Pops' on Radio 2 is usually rank - we switch on to hear the morose 'Seasons in the Sun', by Terry Jacks - Number One pop pickers in 1975. I remark to Ms Moon that this was a favourite Trent End terrace chant back in the day. She asks me to recite it: "We had joy, we had fun, we had D***y on the run, but the fun didn't last, coz the b***tards ran too fast." - it's a Yes from Simon!

The year now is 1990. 'Gambers' plays the best DJ set since 'Rave On' at the Phoenix Nights Social Club, in Bolton, back in 2001. It includes: Jesus Jones, Adamski and is topped off by the Adventures of Stevie V and 'Dirty Cash' (Money Talks) -  unless you back Sunderland - Ms Moon politely turns down my request to stop the car so I can demonstrate some moves on Kilburn High Street (in Derbyshire, not north London). 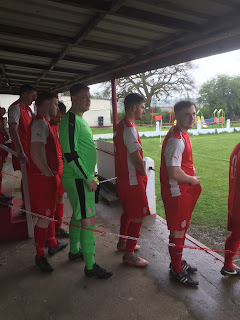 I like the look of Kilburn; it seems a tidy place to live. We miss the turning into the ground, adjacent to the Chinese takeaway. The car park is jam-packed. Ms Moon sticks the car into a disabled spot - my leg's still hurting after falling off my bike and I've got a gammy right hand.

It's a bargain £3 a piece on the gate. It's a pleasant enough ground with terrific views. Standing water is everywhere apart from on the playing surface. We bump into Mark Antcliff, whose lad, Matty, is playing today - a lad I rate highly. 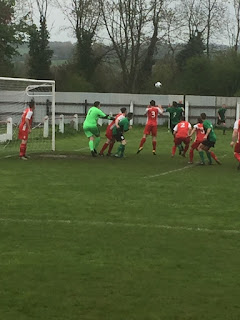 In a chaotic first half, Keyworth concede two sloppy, early goals. They peg one back with a daisy-cutter of a free kick from impressive left-back James Price. It's 3-2 at the break to Kilburn. To be fair to KUFC they've put a shift in compared to Wednesday evening - there's no hands on hips and throwing the towel in. It's nice to see a couple of young guns at the heart of their defence playing with heart and desire.

The goals continue to fly in after the break. I take a wander up to the away dugout to chat with Keyworth manager Paddy Sneath. He looks tired and drawn after a long season. Paddy is a lovely bloke and a respected coach on the circuit. But like me a few years ago, he's standing down and taking a break.

Man of the Match: Price - Keyworth left back
Posted by Sticky at 7:36 PM