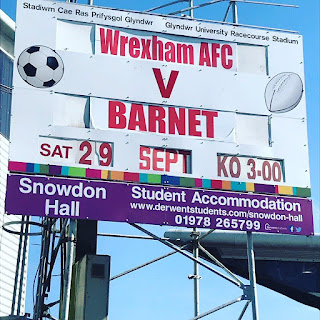 We're tucking into breakfast on a sun-drenched patio at the H10 Estepona Palace in the Costa Del Sol. I don't recall Ms Moon and I chatting about anything in particular when the good lady suddenly drops out a pearler: "I used to love watching Soldier Soldier on ITV; it won lots of TV Times Awards. Robson and Jerome did a brilliant version of Unchained Melody; it blew The Righteous Brothers' version right out of the water."

A piece of bacon dangling from my mouth drops onto my plate. I have a coughing fit and wave frantically in the direction of waiting staff, gasping for air and a glass of water. It's a good half an hour before I get my breath back. I spend the rest of the day shaking my head in disbelief. NB 1,872,000 copies of THAT song by those two Herberts were sold in the UK (don't drop your bacon sandwich or Five Guys burger when you read this fact). 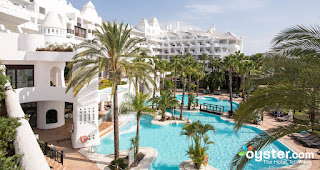 On Saturday teatime I get a clear run down the A1 southbound, after attending the Auckland derby, and arrive back home at 7pm, following my County Durham footballing weekend bonanza. I adore the Northern League, and can't wait to get back up there again, before winter sets in. I'll sling some bait out to see if Ms Moon fancies an overnight stay in Corbridge or Hexham.

Tuesday evening is spent at Owen Street, home to Coalville Town, who are playing Buxton in an FA Cup replay. I pop in en route to see my old mate, Coops, who is recovering well after major heart surgery. The two teams failed to trouble the scorers up at Silverlands, in the first game. The Ravens have Buxton on toast, and coast into the next round with a 4-1 victory and a £9,000 winning check. They play the game at a furious tempo and press' their shell-shocked opponents 'Our Joe's' old team-mate, Tim Berridge, fires home the winning goal. 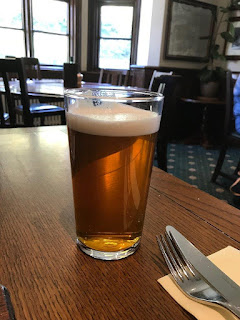 I'm drip feeding myself the behind the scenes documentary at Manchester City called All or Nothing. It certainly gets across how passionate and caring their Catalan manager Pep Guardiola is. The star of the show, without doubt, is the Belgian, Vincent Kompany. One of the most heart-warming moments of the fly on the wall doc' is when a group of young children are interviewing Kompany. He is asked who he would spend one day with, dead or alive. He says it would be with Nelson Mandela and goes on to explain his cause and that Mandela served 27 years in prison for a crime he committed. A little boy asks Kompany what his crime was. Kompany pauses for some time and swallows before saying "his crime was being black." The room is filled with silence, sadness and bewilderment.

We have coffee and crumpets smeared in Marmite for breakfast on Saturday morning, as we listen to Dermot O'Leary on Radio 2 playing 'Aint No Pleasing You' by Chas 'n Dave, following the passing of Chas Hodges. I noticed on the Nottingham Post Facebook feed that a ten-mile stretch, west and east, on the A50 from Uttoxeter to Stoke, is closed for the entire weekend - this will cause havoc with the schedule. Forget 'Sally Traffic' and Lynn Bowles, there's only one person to put a call into during my hour of need. 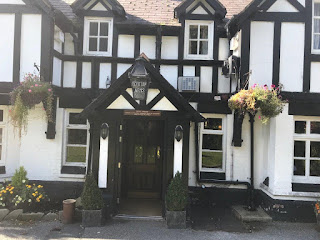 'Trumpy Tours' tells me to pull off the A50 onto the A38 towards Rugeley and then pick up the A34 to Stone and onto the A51 to Nantwich. Sounds easy enough but when you've got the irritating Graham Norton on the radio for company, you can soon flip your lid.

After a painstaking two and a half hours we finally pull into the Egerton Arms in Broxton, just shy of the Welsh border, in Cheshire. It's a neatly kept mock-Tudor dining pub. The Welsh Pride ale is spot on; the same can't be said about the snap. We're not perennial moaners or groaners about restaurant food, but the steak sandwich is cold, as are the 'French fries' and Ms Moon's coffee. A waitress asks if everything is ok, I reply, "No, not really, the food is stone cold and so is the coffee, but hey, que sera", and leave it that. A fussing restaurant manager deducts the drinks from the bill. I don't make a song and dance about it and thank him for his gesture. A Will Young tune on the pub iPod shuffle hastens our departure. 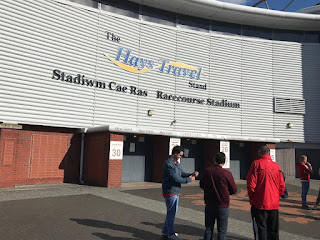 It's £3 to park in the neighbouring Glyndwr University, adjacent to Wrexham FC's Racecourse Ground. Wrexham is in Clwyd, in the north of Wales and has a population of 60,000. It is well known for its Wrexham Lager brewery that was established in 1862 and became the first brewery in the U.K. to produce lager beer. Notable folk from the town include: footballers Mark Hughes, Joey Jones, Jason Koumas, Robbie Savage and Tom Lawrence, presenter Tim Vincent and the dance band K-Klass (Rhythm is a Mystery).

Wrexham FC were founded in 1864 and are nicknamed the Dragons. They are the oldest club in Wales and the third oldest professional club in the world. This will be their tenth consecutive season in England's fifth tier of football. Highest transfer fee received is £800,000 from Birmingham City in 1997 for Bryan Hughes. Highest transfer fee paid is £212,000 for Joey Jones from Liverpool in 1978. The Dragons goalkeeping coach is Finland's Jussi Jaaskelainen, who made 474 appearances for Bolton Wanderers. 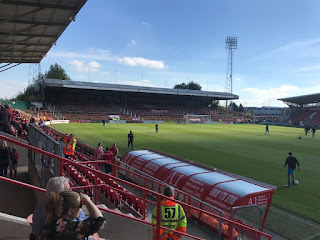 Well known former managers include: Brian Flynn, Brian Little, Dean Saunders and Gary Mills. Back in 2004, I visited the Club whilst raising money for the British Heart Foundation. Despite their precarious financial position they still donated a signed football which I was able to raffle off - Geraint Parry, the gentleman who helped me with this, is still the club secretary.

Ms Moon nips to the garage to stock up on chocolate and water, whilst a very helpful cashier sorts out our tickets to sit in the Yale Paddock at £19 a pop, right behind the dugouts. A well-produced programme is £3. It's a wonderful old ground that has kept its character despite modernisation. To our left is the sad view of an empty Kop end, with a plethora of red-painted crash barriers. It's hard to believe that over 13,000 people packed this ground out to the rafters in 1992 when the Dragons knocked out a full-strength Arsenal in the third round of the FA Cup. 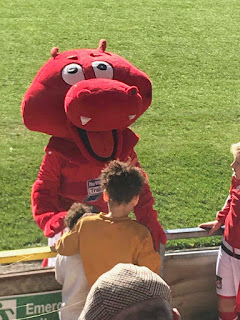 I saw Barnet  at Lincoln City's Sincil Bank twelve months ago; they played some smashing football and were unfortunate to lose 2-1. Not long after, their young coach, Ross Eames, was replaced by Mark McGhee. They've won three games on their travels and will be a threat today, despite missing a number of key personnel, including star striker Shaquille Coulthirst.

The Dragons are on the back of a 3-0 reverse down 'the Smoke' on Sutton Town's artificial surface and a goalless midweek draw up in Harrogate on the same surface with a 700 following. 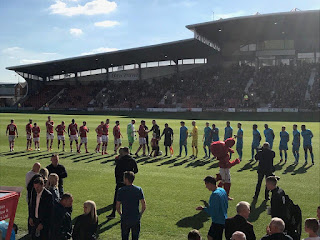 To say that the first half is lacklustre and dull as dishwater is an understatement. It's cat and mouse as nobody puts a tackle in. Barnet's colossus is 21 year old on loan Shrewsbury defender Zak Jules. Dragon attackers bounce off him or are ushered out of play. The boy can play too; he has a cigar on, a wand of a left foot and never breaks sweat. The game is desperate for a goal. Wrexham get the ball down and a well-worked move is finished off with a Stuart Beavon daisy-cutter, who is drifting in from the left-hand flank.

The Bees of Barnet are urged forward by their 77 following who have made the 360-mile round trip. Despite a good spell of possession, they rarely trouble the Wrexham 'keeper. We scarper on 85 minutes, confident in the knowledge that nobody could hit a cow's backside with a banjo if they tried.

Man of the Match; Vincent Kompany
Posted by Sticky at 7:11 PM