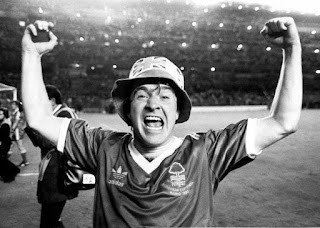 We've witnessed a seven goal thriller in Northamptonshire. Add to that 'The Lincoln's' 4-1 victory over The Railwaymen at Crewe. Saturday is complete. Ms Moon drops me off on Manvers Street, close to the King Billy; a pub I've turned my back on and betrayed just lately. I celebrate a cracking day out with a couple of raspberry real ales in the Fox and Grapes. Locals know this pub as 'Pretty Windows.' Landlord, George Wilson, was found dead outside the pub on the 8th September 1963. It sparked one of the biggest manhunts Notts Police has ever seen. The case remains unsolved. I jump on the No.27 bus right where poor old George was laid, returning to HQ just in time for the X-Factor, much to my dismay.

I'm back on the bus at one bells on Sunday, alighting on Lower Parliament Street before pegging it up London Road with the crisp autumnal air blowing off the canal. I pull open the swing doors of Jessie Boot's old dispensary in The Embankment and neck a few Black Iris ales as they have taken over the taps, whilst listening to tales from the armed forces, who are gathered here for Remembrance Sunday. It's important to remember there have only been two years since the Second World War ended that we haven't lost a soldier, 1968 and 2016. I raise my glass in the direction of the old soldiers before leaving the pub and heading home in a sombre and reflective mood.

The 'Italian Stallion' can't make Gedling Miners' Welfare game on Tuesday. The Taxman is also a non-runner; he has more excuses than Arsene Wenger. My old cricketing buddy Johnny Buttery is up for it though. Selston FC are the visitors in a Notts Senior Cup tie - I rate them very highly. 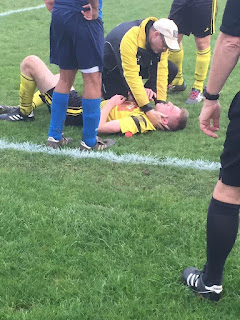 Ms Moon and I pass like ships in the night. I leave the house just before she arrives back from the pub with her daughter. I was up at 5am and in Darlington for 8am. I'm tired and hungry. A visit to the Plains Fish Bar on Mapperley Tops for a belly full of fish 'n chips soon puts me in the mood for football and what a pulsating game is served up. You always get a friendly welcome from Tony Hay and the gang at Gedling. I enjoy the half-time hospitality that the club have kindly laid on. The Miners win the game 4-3 with a late goal in the dying embers of extra time - I really can't arf pick 'em.

I'm back in the pub ('Pretty Windows') on Friday tea-time for a few jars, a frustrated Ms Moon is stuck in the rush-hour traffic. After wolfing down a Marks and Sparks Chinese meal it's lights out for the pair of us as tomorrow is going to be the mother of all days.

'The Flying Scotsman' and his missus are pitching up this evening for a night on the tiles up Mapperley Tops. Ms Moon swerves her normal three episodes of  Heartbeat on ITV Encore as it's Operation Clean-up. I try to explain that it isn't Royalty arriving but it falls on deaf ears. I'm dispatched down to the tip after a garage clear-out. I nip in Tesco's to grab a sandwich before heading out east towards Grantham. 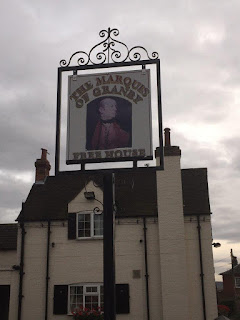 'The Arsenal' are 2-0 up against bitter rivals Spurs. I'm listening to Nigel Adderley commentate on Talksport, as Five Live are covering the rugby at Twickenham - Sticky doesn't do rugger. Adderley's co-commentator is Ray 'Butch' Wilkins. Man alive this guy is banal and unimaginative. He makes Owen Hargreaves sound like John Motson.

I see a signpost for Plungar and Granby, so turn right off the A52. I've arranged to meet a mate called Malc Shenton, a legendary village cricketer from this parish, in the Marquis of Granby. Malc's propping the bar up and tucking into a bowl of chips. He very kindly buys me a pint of citra pale ale from the Brewsters Brewery based in Grantham. Malc has been rocked this morning with the news that Nottingham biker, Dan Hegarty, a friend of his, has been killed in an accident during the Macau Grand Prix. He's not feeling up to going to the football. 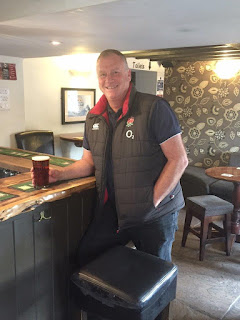 We chew the cud for half an hour or so. The pub -iPod shuffle is belting out some cracking tunes from Blancmange and Aztec Camera. Malc is decked out in his England rugby clobber and is looking forward to the friendly international versus the Wallabies from Twickers later today.

Blimey Charlie it's ten minutes until kick-off, I best skedaddle. I hurtle through the village of Elton, before rounding a bend and taking a right turn into the car park at Orston Recreational Ground. Aslockton has a population of 1,742. I have spent many happy days playing cricket there for Keyworth. I remember once, back in the early 80s, a cup tie one Sunday. It rained throughout our time in the field. When it came for our turn to bat the hosts refused to field. We had a bowl off. I recall bowling bare-chested, bare-footed and in boxer shorts. Needless to say I didn't hit the stumps. I was also in the field at Whatton and Aslockton on a balmy spring day in 1993 when Brian Clough retired as manager of Nottingham Forest. 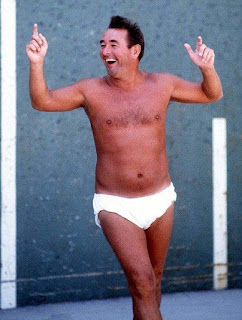 The greatest winger I have ever had the pleasure of seeing ran a pub (The Greyhound) in the village back in those days. John Robertson won two European Cups with Nottingham Forest, scoring the winner versus Hamburg in 1980. Cloughie described him as 'the Picasso of our game." I kid you not, when teams used to visit The City Ground back in the day, they had to double-mark 'Robbo.' His right foot was as good his left.

I can remember sitting in Copper Cafe on West Bridgford's Avenue with my two lads a few years back. I pointed at a guy drinking a pint and said to my boys "you see that fat, scuffy unshaven bloke sitting over there, he scored the winning goal in a European Cup final." They both looked at me and burst out laughing. The guy was 'Robbo.' 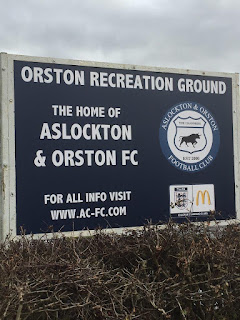 It's meant to be £3 entry, but nobody is manning the gate and the game has just kicked off. I'll donate it to the Help For Heroes charity that I'm raising money for next year to commemorate 100 years since the end of the First World War.

Former Notts County scholar George McCartney falls awkwardly and has to hobble off. Aslockton will have it all on without him against League leaders Hucknall. I get gassing to Richard who's doing a BA in football journalism at the University of D***y. He's the roving reporter for the Hucknall Dispatch. He'll not have much to report on in the first half apart from Hucknall hitting the bar more times than Trumpy Bolton. A couple of efforts on target ensure they go in 2-0 up at the break. It's been men against boys, to be honest, with Aslockton having a lone wolf up top. 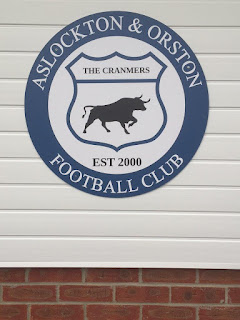 Twelve years ago, Hucknall reached the FA Trophy final at Villa Park. They lost the game on penalties to Grays Athletic. Financial woes have hit the Club hard over the years. They now find themselves in Step 7 of the football Pyramid. 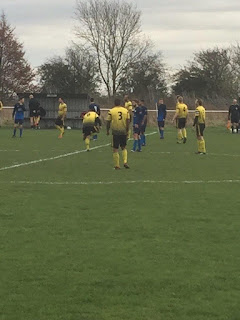 We go in the cosy cafe for a warm. Wales are on the TV playing rugby. I check the scores, the Imps are beating the Sky Blues 1-0. We venture back out. I can't feel my toes. The visitors put the game to bed just as 'The Reaper.' rocks up. I'd completely forgot that he lives just down the road. Hopes are dashed of a Non League dog photo when 'The Reaper' coughs up that he's not brought his two daft lads, Frank and Stanley.

There's a sickening clash of heads between two players on our side of the ground. Hucknall's player is pretty much out for the count. They lose another one shortly after, with blood oozing out of Jordan Phillips nose. Aslockton and Orston peg one back with a goal of high quality. I've more pressing matters to attend to. We're on the sauce with a Stella-fuelled 'Flying Scotsman from 5pm. More on that next week.

Man of the Match: John Robertson
Posted by Sticky at 6:58 PM