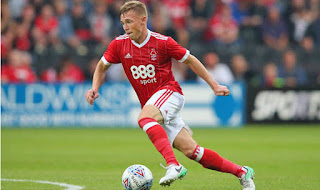 It's Friday evening and an excited Sticky Palms, on the eve of the new football season, is on the Carlton No.27 bus heading into Nottingham city centre. Tomorrow I'll be chalking off my 85th Football League ground, as I close in on completing my 45-year old quest to visit the '92'. I peer out of the double-decker top window, staring down on the 'professional drinkers' at a Wetherspoon's establishment called the Free Man on Carlton Hill. Folk are spilling out of the front door onto the pavement -it's like a scene from the cobbled streets of San Antonio back in the day.

The reason for my trip into Nottingham is to drop by the offices of ICN on Stoney Street, in Hockley, at the heart of the city's 'Creative Quarter.' The Mayor of London' owns the company and is going to teach me how to set up and edit a vlog, to run alongside this blog I've written for over 12 years. After a quick editorial with one of his young guns, Alex, we all retire to the Southbank Bar on Friar Lane, where I quench my thirst with a couple of New Dawn citra pale ales from the Navigation Brewery. England and India (well Virat Kohli going solo) are pitting their wits in a dramatic finale to the Test match at Birmingham's Edgbaston.

I head home cradling a small Five Guys burger wrapped up in foil. Reading are playing D***y in the Championship curtain raiser. A late Tom Lawrence header from a brilliant Mason Bennett cross sees the Sheep grab a fortuitous three points. Ms Moon is on the lash up on Mapperley Tops, so I turn in early for a good night's kip. 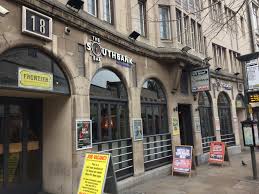 I'm up at the crack of dawn and greeted with the remnants of a Chinese takeaway scattered about the kitchen surface. I bid farewell to a dozing Princess and head over to Nottinghamshire's 'premier resort' - West Bridgford. Piers, a Tricky Tree diehard, messaged me the other day with an offer of a ticket for Ashton Gate - I bit his hand off.

I flick on the radio, Tony Blackburn is playing 'Hey Big Spender' - ooh the irony. Aitor Karanka has thrown the kitchen sink at recruitment in a desperate attempt to reach the Premiership, after 20 years in the doldrums and wilderness. 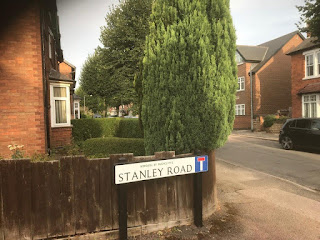 I take a left turn off the Melton Road before spinning the car onto Stanley Road - not to be confused with where Paul Weller was brought up - an album voted the 46th greatest of all-time by Q Magazine readers. We're soon bombing down the A453 and onto the M42. I've known Piers for a few years now and have shared some cracking group weekends away with him, that he has meticulously planned, with no stone unturned, at Whitby, in North Yorkshire and Abersoch in North Wales.

The chance to visit the town of Clevedon, in North Somerset, is too good an opportunity to turn down. We're parked up on the front by 10am. We tuck into eggs benedict  (a West Bridgford housewives' favourite) at a seaside cafe, admiring the wonderful vista of the Bristol Channel and 150-year-old pier, which we stroll down in an effort to walk off the breakfast. Famous residents in the past include: bowls player David Bryant, darts player Bob Anderson and punk rocker Sid Vicious, who used to practise spitting off the pier - better than peeing off it like Monty Panesar did in Brighton. 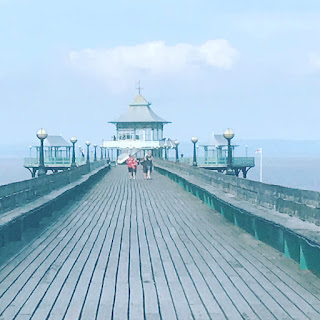 Travel guides recommend we park the car up at Bedminster Cricket Club - it's only a ten-minute stroll up to the ground. We hook up with a Bristol City fan who lives in Cardiff and engage in conversation. He says he has relatives up in Shirebrook, near Mansfield. I remark that the actor John Hurt was born in the old mining town. "Yeah, I know, my auntie used to babysit for him." he replies.

Bedminster is in a hipster part of Bristol. We're both dying of thirst, so dive into the Bristol Beer Company Tap Room. I enjoy a pint of Hawaii Juice-O - it's amber nectar and down the hatch in five minutes, as we soak up the sunshine, ambience and street art.  We're sat in the much-needed shade in the Atyeo Stand 45 minutes before kick-off. 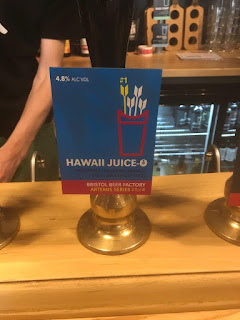 Bristol has a population of just less than half a million. The city is associated with the Victorian engineer Isambard Kingdom Brunel who designed the Great Western Railway between Bristol and London Paddington, two steamships: SS Great Britain and SS Great Western and the Clifton Suspension Bridge. 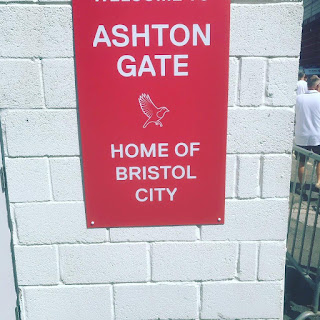 Bristol City were founded in 1894 and are nicknamed the Robins. They have played at Ashton Gate just short of 115 years. Record transfer fee paid is £5 million to Angers for Senegalese striker Famara Diedhiou (currently serving a six-match ban for spitting at an opponent). Record transfer fee received is £15 million from Aston Villa for Jonathan Kodjia. Notable former managers include: Joe Jordan, Roy Hodgson, Tony Pulis, Steve Cotterill and Sean O'Driscoll.

The ground is impressive, particularly the Lansdown Stand which has an 11,000 capacity and towers above the pitch. David Bryant would love a game of bowls on the lush surface, which at first glance looks artificial. The DJ plays The Killers, Caesars and Madness and the brilliant Unfinished Sympathy by Massive Attack, who hold cult status in the city. 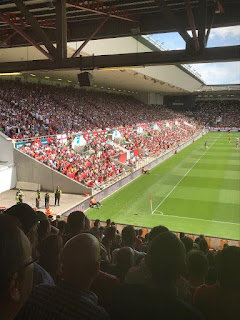 The teams emerge from the tunnel with the beer-fuelled, overexcited Forest faithful singing 'Dawson is back.' The Tricky Trees are soon on the back foot as the Robins rampage down the left-hand side, playing some fast flowing breathtaking football. A corner is floated in and directed towards goal by O'Dowd but brilliantly beaten away by Romanian 'keeper Costel Pantilimon. Seconds later the ball is returned back into the box with ex-Ram, Andreas Weimann, leaping higher than others to nod home the opening goal.

The home crowd come alive; the away following are in shock and dumbfounded. City are rampant and terrorising Tricky Tree right back Tendayi Darikwa, who has little support, with folk not tracking back. The bloke behind me asks why Forest have 'a dwarf' on the near post' as another corner comes sailing in, with Ben Osborn dramatically clearing off the line. 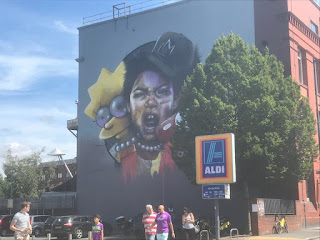 A chink of light appears for Forest as Gil Dias seizes upon a misplaced pass. He ventures forward and plays in Murphy who dithers instead of shooting first time, choosing to shift the ball onto his left peg before fluffing his chance.

Forest fans are sobering up now and venting their anger at Irishman Daryl Murphy. One shouts out "are we playing with a cardboard cutout?" I remark to Piers that Murphy is usually good for a goal. Karanka has clearly kicked an underperforming Forest up the jacksy at half-time. They play with fire in their belly from kick off. Murphy makes amends within 30 seconds of the restart, guiding a header into the bottom corner following a pinpoint cross from the Algerian, Adelene Guedioura. "You've Lost That Lovin' Feeling' bellows out from the away end, as Forest get a vice-like grip on the game.

Joao Carvalho starts to get on the ball and weaves a bit of magic with his quick feet and sharp turns. Joe Lolley enters the fray and has an immediate impact, forcing a great stop from City 'keeper Maenpaa. The Robins' Bryan forces another fine save from the shovel hands of Pantilimon, before the excellent ref, Darren Bond, calls time on a very entertaining game.

Forest have spent some lolly on their foreign contingent, but it is 'one of their own' Ben Osborn, at the club since the age of nine years old, who is head and shoulders above the rest.

Man of the Match: Ben Osborn

Note your comment excellent ref, is that because he ignored the tricky trees fouls for the first half and went along with the bent linesman to your left, repeatedly giving you goal kick that should have been frees or cornerstones

Another great episode of your odyssey. Thanks as always Sticky!