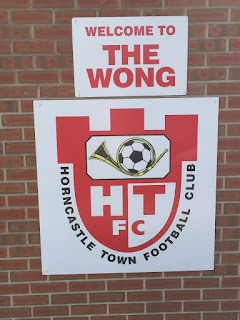 We celebrate the house move and the tremendous five goal thriller at Bingham Town's wonderfully-named Butt Lane Playing Field, by quaffing a bottle of Lancing Brut champagne and sinking a few craft ales. A tour of the local pubs ends up messy in the back garden of the Blacks Head, in Carlton.

It's Monday morning and I'm in the office, as there's no internet hooked up at the new crib. I receive a call from a distressed Ms Moon. A water pipe at the back of the toilet has burst and water is gushing out everywhere and down the walls into the lounge. "Is the new TV okay, Love?" is the best I can muster up. 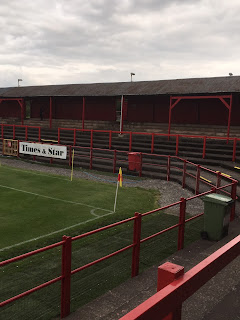 I spend a few days up in the Lake District on business. I'm holed up in the Premier Inn at Whitehaven. England all-rounder Ben Stokes grew up in the area - his dad was coach at the local Rugby League team. I'm going to be honest; it's a tough old place to live. There's no 'Northern Powerhouse' here Mr George Osborne - the pits and shipping are long gone. If you are 'lucky' to be employed it will be at Sellafield Power Station.

Tuesday evening gives me the opportunity to tick off former Football League club Workington AFC. The Reds' Borough Park ground is to die for. It's where Kop legend Bill Shankly plied his trade. The game finishes one a piece, with the opposition (Witton Albion) and the Reds playing a smashing game of football. 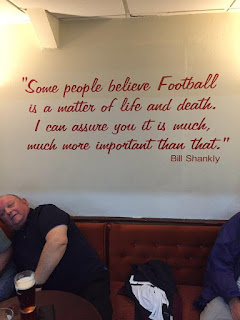 There's a knock on the door at 9:30am on Friday. It's my favourite French painter and decorator 'Rene' and his faithful sidekick 'the British Bulldog' (Millwall fan). I return home eight hours later to inspect their workmanship - I haven't a 'Scooby Do' what I'm looking for. Rene's painting is up there with 'French Impressionist' Monet and Morph's mate off the BBC Tony Hart. He celebrates with a Coors Light - he's not fussy and I wanted to get rid of that muck.

'Rene' has been on the Muscadet, so doesn't pitch up at ours until 10:00am on Saturday. I tell him not to bother with milk in his coffee, as we head out of the door. We're spending the night up at a boutique hotel called the Brackenborough, on the outskirts of Louth, in Lincolnshire - the reason being that we're at a wedding reception in the evening. 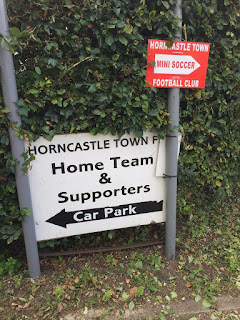 To be honest, I'm dreading the Bank Holiday weekend traffic, but apart from Newark being snarled up, it's surprisingly quiet on the roads. I've a Good Pub Guide entry to tick off in the village of Harby, in Lincolnshire; it's the sister pub of the Wig and Mitre on Steep Hill, Lincoln and the classy Caunton Beck, near Newark.

The pub could do with white-washing from the outside - I'll be tipping 'Rene' and 'Bulldog' the wink. Inside it's rather grand. A friendly barmaid pours me a pint of home-brewed Queen Eleanor -Trumpy Bolton will be laughing that I've gone for a bacon and Brie sandwich. 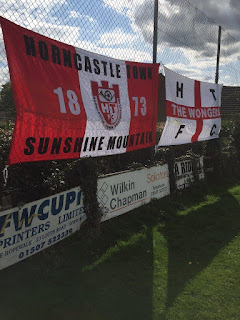 We can see Lincoln Cathedral in the distance. I've supported the Imps for over 45 years; I've completely forgotten they're at home versus Carlisle United. I'm obsessed with ticking new grounds off and have a good feeling about The Wong, home to Horncastle Town FC.

Parking isn't an option on Horncastle High Street. Ms Moon circumnavigates around the town before sticking the car in a Tesco Superstore car park. I hate Tescos with a passion - they've killed the small shopkeeper in Horncastle and tried to do the same in my old yard, in the village of Keyworth. The supermarket bullies have the audacity to charge £1 to park the car. I swallow my pride and cough up a quid, followed by a two-fingered salute as we pass the store and saunter into town. 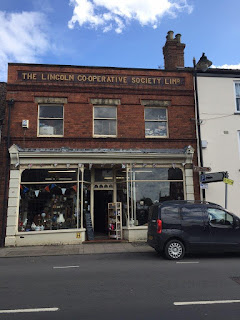 Ms Moon is having a mosey in every antique shop on the street - it's a matter of time before we bump into Fiona Bruce or David Dickinson. As we walk back to the car park, in blazing sunshine, we chance upon an 80-year-old chap wearing a beige cardigan, England shorts, white socks up to his knees and sandals - there's nowt so queer as folk. Ms Moon has a funny turn, and has to be revived with a slurp of Buxton spring water.

Horncastle is a market town 17 miles east of Lincoln, with a population of 7,000. The lead singer of heavy metal band Saxon, Peter 'Biff' Byford, is a notable resident in the town. The Lunn Poly travel agency founder, Sir Henry Lunn, was from Horncastle. Poet Laureate, Alfred Lord Tennyson, was born only a few miles away down the road. 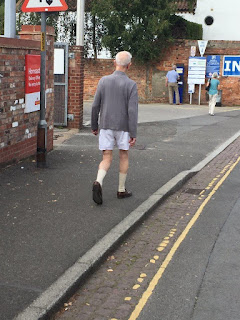 The Wong is only a three-minute drive away in at the hub of the community. I walk up a tight snicket as the Princess parks up. It's free entry. I later find out it's a thoroughfare for folk to walk, so the Club are unable to charge. It's a wonderful facility with hockey, tennis and rugby being played behind it. I'm saddened to hear that the local council wanted to sell out to  Aldi  - how can these elected idiots have the best interests of the local community?  They are the same buffoons who rubber-stamped the Tesco superstore.

We fall in love with the place immediately. I usually enjoy the pre-match amble, but 'Antiques Roadshow' has put paid to the that. Within minutes of our arrival, the game has kicked-off. We stand on the far side of the ground, opposite the plush red-bricked clubhouse. AFC Boston are an unknown quantity and new to the League. They're full of young un's with bags of energy, but get muscled off the ball easily by their vastly experienced opponents. 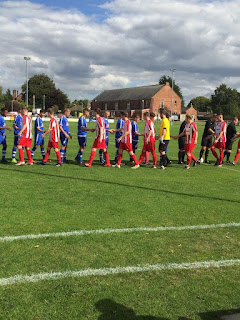 Sticky's got the monk on ( means sulking, for folk 'down sarf'') at the break as it's 0-0, with neither side looking like they can unlock the door. We have a golden rule if the game ends 0-0 at a new ground; the non-driver (me on this occasion) has to make their own way home - at this rate I might need for the Lunn Poly family to book me a room for the night.

I bump into a Lancastrian walking his Westland Highland Terrier at the back of the far goal. He moved to Lincs around 20 years ago from Ashton under-Lyne. Maddie, the Westy, is grumpy too that it's 0-0 and has proper got the face on. 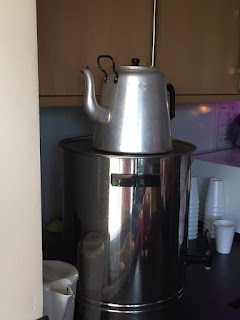 The Non-League family have the ability to spring surprises; today is no exception. Some folk know of my passion to make a cup of tea properly and brew it in a pot. Tea-making is a dying art; but not at Horncastle. There's no casually thrown tea bag chucked into a mug and drowned in scalding hot water. The tea is mashed and poured from the pot. A better brew will not pass my lips this season.

The game livens up in the second half. Ms Moon slopes off to the cashpoint in town; it's a ruse so she can tick off her 23rd antique shop of the day. I joke with the guy next to me that they'll be goals galore now the guvnor's gone - Horncastle score a couple of scruffy ones in her absence. A rosy-cheeked, puffed-out  Ms Moon is miffed on her return to hear the scoreline. She sees a 16-year-old local lad smash home the third goal as it cannons back off the stanchion. 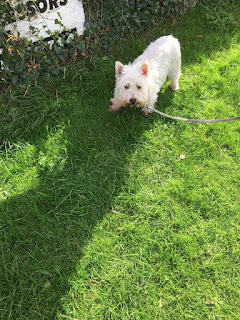 AFC Boston look dead on their feet. They replace a few tiring limbs and bring on their own young gun. We're wandering towards the exit, at the fag end of the game, as the beer garden is calling, and the sun's still shining. The sub picks up the ball on the left flank and jinks past a few defenders before unleashing a rocket of a shot into the top corner of the net. He celebrates with a triple handspring. Why didn't he start the game ?

Men of the Match: 'Rene and 'Bulldog' the Entente Cordialle painter and decorators.
Posted by Sticky at 7:27 PM