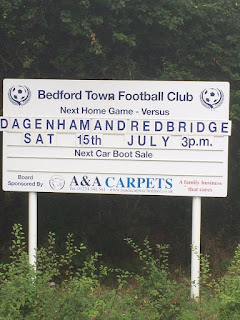 I shake my head in disbelief. "Chuffing hell love, are you sure you've read that right?" I'm stood on the scales in the lounge, being weighed in by a nurse (Hattie Jacques) representing Liverpool Victoria insurance company. "How can I be called Sticky when I weigh that much ? I'll be giving Leicester-born world-breaking fat lad, Daniel Lambert, a run for his money at this rate."

I shoo the nurse out of the front door along with her 'dodgy' pair of weighing scales. I've hit over 14 stone for the first time in my real ale drinking career. An action plan is drawn up. First port of call is the salad section at Morrisons supermarket in Netherfield (I'm going to work here one day). I clock up the points on the More card with a trolley full of veg and fruit - there's not a whiff of a bottle of Goose Island or Rioja.

We've just spent 10 nights in Nerja, in Southern Spain, close to Malaga (of course I visited the footy ground). Half board at the hotel, an ice cream van stationed outside the back gate, a selection of gins and copious amounts of red wine have seen me stack on some timber. Tales of real ale pubs and brie and bacon ciabattas are going to be few and far between in the coming weeks, until the obesity issue is addressed. 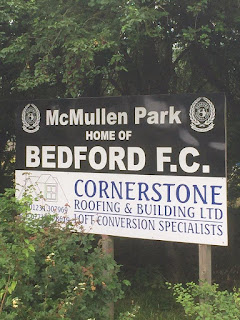 It's Friday lunchtime and I've just nipped out to Wilford Industrial Estate. White Van Man rolls up the shutter door. Christ, even he looks trimmer than me, after camping out at the gym in the last few weeks. He throws some empty boxes into the boot of my car. I've booked him in for our house move in a few weeks' time to Carlton, just a few miles outside Nottingham city centre.

As I drive home, past a jam-packed Trent Bridge Cricket Ground, where England and South Africa are playing the morning session of the 2nd Test, 'Ask the Umpire' is on Test Match Special on the radio. Ex umpire, John Holder, is telling the tale of when 6' 7" West Indian Test bowler Curtly Ambrose came steaming into bowl at Nottinghamshire's Derek Randall in a County game. Ambrose loses control of the ball and it loops high up into the air, dropping dead at short leg. Randall seeing the chance of an easy four runs, tees up the ball and smacks it over the boundary rope. Ambrose continues his follow-through and is by now towering over Randall sucking through his teeth. Randall shouts down the pitch to the umpire "Merv, I don't want those runs, can you cancel them please" .. lol.

I have some tea with the 'Nuclear Scientist' at the Gamston Lock, a Marston's pub on the outskirts of West Bridgford. I shoot over to the New Field of Dreams (Keyworth Cricket Club) where the kids and women's teams are practising their skills. There's time for a catch up with 'Big Bear Bobby' and the 'Mayor of London' before turning in for an early night. 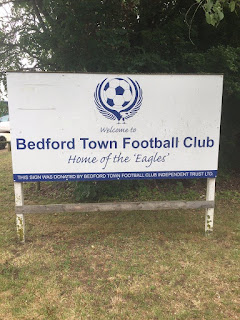 After a restless night's sleep, which I can't blame on alcohol, as I only had a small bottle of Dead Pony IPA, I rise at 8:30am and drive up to the Kosovan car wash on London Road. A steady stream of cricket fans, looking forward to a hearty breakfast, are already heading towards Trent Bridge for the second day's play.

The Kosovan 'Director of Car Washing' is in a vile mood. He's bollocking the lads up hill and down dale for leaving dirty marks and smears on some of the cars. I tip him a couple of quid and make a sharp exit. I manage a brisk walk around Colwick Country Park. Runners are warming down and walking back to their vehicles, having just completed the 5km Park Run.

We set off for Bedford at 11:15am. A slightly delicate Ms Moon is riding shotgun, still feeling the after effects of a session on Prosecco with her pal Jill. I chance my arm and tune into Test Match Special. 'Aggers' is waxing lyrical about how he walked his dogs in the Vale of Belvoir this morning in wall to wall sunshine. Ms Moon has got the face on because TMS is on the radio. I have to compromise and switch to Alan Carr and Mel Sykes on Radio 2. Carr is always good for an anecdote or two about his Dad, Graham, who was once manager at Northampton Town and chief scout at Man City and Newcastle Utd. 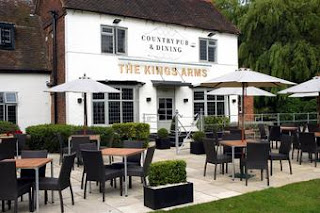 Sat Nav takes us around some back roads, as the A1 has tailbacks after the A14. We're soon tootling up to The Green in Cardington, finally parking up at the Kings Arms. It's a lime and soda for 'Fat Lad' (the artist formally known as Sticky Palms). The real ales on show were rank, anyway - and so was the waiter, with one calamity after another. Cutlery is thrown at us and there's a five-minute delay for condiments.

Bedford's ground, is out of town, but just around the corner from the pub. It was once where the Charles Wells Brewery was situated; the wrought iron gates are still there, a sad-faced steward tells me. 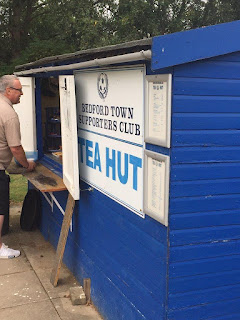 It's £7 a pop on the turnstile. I'm told they don't issue programmes for friendlies. Was that the case last Saturday when neighbours Luton Town were the visitors? I have a moan in the club shop, nobody seems particularly interested.

We chance upon a gem on our customary stroll around the ground. It's without doubt the best Tea Hut I've visited in 10 years of groundhopping. An elderly lady is front of house at the supporters' run tea bar. There's a large selection of homemade cakes ranging from scones to cookies. It's just my luck I'm on healthy eating. Ms Moon is hanging her nose over the cheese scones at 30p per pop. "Can we have two please, love"  ... doh! 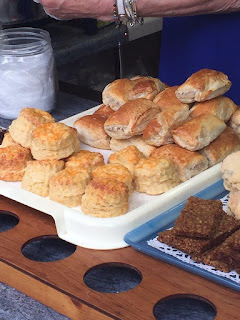 The ground is pleasant enough, with a tree-lined backdrop. We sit in the nearest side stand. I notice Dagenham and Redbridge legendary manager John Still emerge from the dressing room and park himself in the stand further up the touchline.

There's an emotional announcement on the PA of the passing of club stalwart Paul Searing. The guy on the microphone appears upset and choked at the sad loss of their friend and colleague.

The Eagles start the game well, looking sharp and direct. They take the lead following a fast flowing move through their pacey, impressive forward Ben Sawyer. The Daggers fight back. Hawkins sees an effort bounce off the foot of the post. Another effort crashes off the crossbar. The balding Jake Howells in the Daggers midfield is bossing the game. 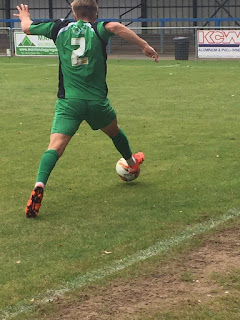 John Still conducts his half-time team talk on the pitch with Bedford returning to the inner sanctum of the dressing room. The Daggers make nine changes. Sawyer puts Bedford 2-0 up with another smart finish.

We poke our head back into the tea bar at the break and shell out another 30p on a cheese scone, which I break in half and share with Ms Moon - don't tell 'Hattie Jacques.'

The visitors begin to make inroads down the flanks. They pull a goal back, with the inevitable equaliser coming ten minutes later with Bedford tiring and on the ropes.

Man of the Match: Jake Howells