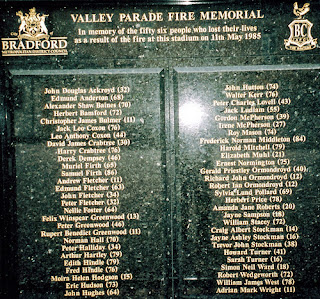 It's Saturday, 11th May, 1985. Early spring sunshine lights up Rectory Field, in Keyworth, as local rivals 'The Millers' and Plumtree Cricket Club lock horns. I've completed my bowling spell for about the hundredth time up that bloody, steep hill ('The Ashley Road End') that only a madman would volunteer to run in from - I amble rather than run-in if I'm perfectly honest.

I'm grazing down at fine leg and staring out towards the black railings that run along Nottingham Road, which leads you into the village Square. He'll (Dad) be here soon. The first signal of his arrival will be his pacesetting 5-year-old faithful black and white cocker spaniel, Sadie Palmer, with an out-of-breath, mad as a hatter, chain-smoking Frank Palmer following in hot pursuit.

God help you if you bowled a bad ball or had a fielding mishap on Frank's watch. You'd soon be on the end of his razor-sharp, sting-in-the tail wit - even more so if you were his lad. He would grace you with his presence shortly before the tea break, so he could scrutinize the scorebook and verbal volley any underperforming player. His usual beeline would be for me, so he could receive a full report on the afternoon's play and dish out a bollocking or two. Today, there is no sign of him, which is rather strange, and odd, as Saturday is his day off from his job as East Midlands news reporter for the Daily Mirror. 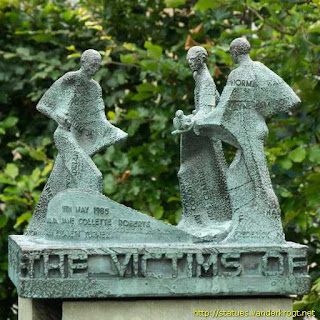 The umpires remove the bails and tea is called. I'm getting quite anxious about Dad's no show. I ask a few spectators of his whereabouts, everyone just shakes their head. I'm pulled to one side by a committee member before I reach the pavilion. I start to shake and tremble when I'm told there has been a fire at Bradford City's Valley Parade ground during their team's Division Three championship title celebration game against my team Lincoln City.

Dad is on the M1 northbound, on his way up to the scene. It's only the second Saturday I can ever remember him working. The previous time was in June 1974 when 28 people were killed in an explosion at a chemical plant in Flixborough, North Lincolnshire. 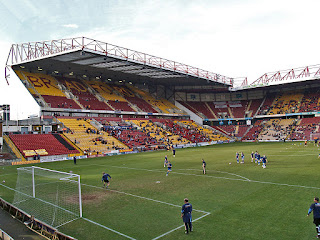 56 supporters perished in the fire with a further 265 injured; with many of the survivors bearing scars for the rest of their days. It later transpired that the fire was caused by a discarded cigarette end that found its way through a gap in the seats, falling onto some litter that had mounted up under the wooden-roofed stand. What should have been a day of joyous celebrations ended in the saddest day in the Club's history. I attended quite a few Lincoln away games that season and often sat in the home end, to avoid any trouble when exiting the ground. Due to my love of cricket and its camaraderie, I didn't travel that day. Two Lincoln fans lost their lives too. The Imps named the Stacey West Stand after them.

Monday of this week marked 35 years since the fire. I'm alerted to one of the most moving, tragic tales I've ever read. It reduces me to tears. Award-winning ex-Guardian journalist, Daniel Taylor, who now writes for The Athletic, attended St Peter's Primary School, in East Bridgford, as a kid. It's a village close to the town of Newark, in Notts, and is 11 miles east of Nottingham. Taylor had a friend called Martin Fletcher, who had moved into the village from the Bradford area. On that fateful day Martin, his brother, Andrew, dad John, uncle Peter and grandad Eddie, went to the match at Valley Parade to enjoy the celebrations. Only Martin came home.

Martin was wearing a baseball cap at the game. It was said that the thin layer of protection of the hat may have saved his life. Sign up for The Athletic and read the article. It will make you weep and put life into perspective. I've never been to Valley Parade, but hope to in the near future, so I can pay my respects. I was up in Bradford, 12 months later, watching Nottingham Forest play The Bantams in a League Cup tie at their temporary home at the Odsal Stadium, whilst the stand was being rebuilt. 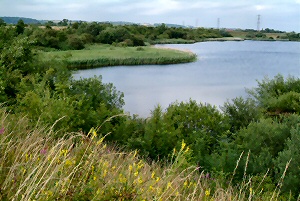 It's Sunday morning. Ms Moon and I are having a mooch about the Marks and Spencer Food Hall on Victoria Retail Park, in Netherfield. This chuffin' shop does some serious damage to my bank balance, particularly in the red wine section. After running up a three-figure bill, I suggest to Ms Moon that some fresh air wouldn't go amiss. The good lady had read, the previous day, on Spotted in Carlton, that there is a conservation area called Netherfield Lagoons that's close by.

It's a nature reserve that is located on the Trent Valley flood plain. It was used by nearby Gedling Colliery to dispose of their coal slurry. It now attracts a number of wildfowl and smaller birds, along with a few twitchers (bird-watchers). It's slightly overcast and a tad blustery as we enjoy an hour's stroll around the lagoons. It was once the property of UK Coal but ownership has since been passed onto Gedling Conservation Trust. I'll be taking a second viewing, as I notice a railway viaduct in the distance that needs further investigation. 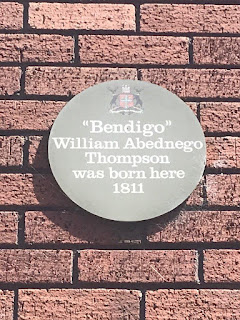 I've supped my final three cans of the Neon Raptor popular brew, Dr. Galapagos, a mango milkshake IPA. Left Field Brewery has fired over a mixed case of craft ales, but supplies are running low. I ordered 15x cans from Honest Brew, a company recommended by a work colleague. Having placed the order, I received a further email to say there was a 15x day waiting time on delivery. I fired off a couple of curt (to-the-point) emails expressing my disappointment. I'm hardly filled with confidence when they let it slip that Yodel is their chosen courier. 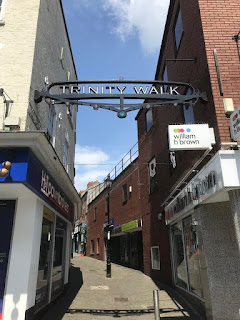 I book a day off work on Friday. I foolishly bought 5x additional holidays for this year, mistakingly assuming I could tour England and Wales watching cricket and football. I spend the day in the garden digging, planting and pruning. It's a hobby that I've grown to love, which hasn't always been the case.

I rustle up scrambled egg and smoked salmon on toast for brunch on Saturday morning. We jump into the car, make a short journey, crossing the 'Gaza Strip', into Sneinton, before parking up in Lidl on Carlton Rd. We wander around the perimeter of St Anns, a happy hunting ground for Sticky Palms when he scouted for 'The Pies'. We end up on Lower Parliament street which leads us up into the city centre. The first port of call is Trinity Walk, the birthplace of legendary prize-fighter William 'Bendigo' Thompson (you're obsessed with him aren't you Sticky?). 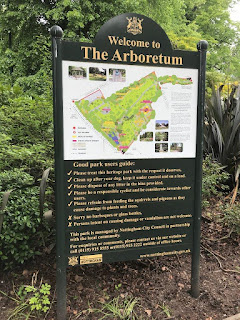 We stroll past Foreman's Punk Bar and what was The Bluebell, one of Frankie Palmer's old haunts. All the old journalists from Central TV and Radio Nottingham used to congregate in there. Dad tipped us off that the landlord had bought a two-year-old racehorse. I must of backed the bloody thing over 10x times without a return on investment.

Eventually, we arrive at The Arboretum on Waverley Street, close to the Commonwealth War Graves in Nottingham City Cemetery. The Arboretum is stunning. It's peaceful and tranquil with the copper beech trees and weeping willows in fine form. 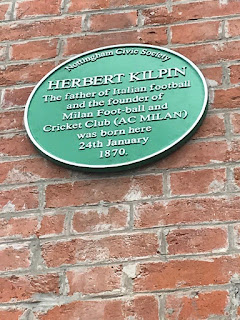 We peg it up Peel Street towards Mansfield Road. I want to prove to Ms Moon that the final plaque of the day isn't just the name of a public house on Bridlesmith Walk. Herbert Kilpin, one of nine children, was born at 129 Mansfield Road and was the son of a butcher. To cut a long story short, he was the founder of Milan (A.C.) Football and Cricket Club and is another one of 'Nottingham's Own.'

Hi Sticky, even when there is no football your blog is a must read, Love the way you are interspersing you every day life with events from the past. No football fan who was alive in 85 will never forget those terrible scenes from Bradford which you have remembered with great compassion.

Hi Eliot, thanks for the comments, very much appreciated. Having a bit of a break now, might write the occasional one, but pretty much waiting on Non-League football starting again.